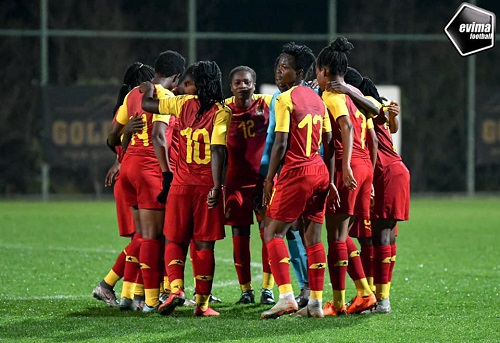 The Black Queens of Ghana have progressed to the next phase of the Turkish Women's Cup after beating the Harambee Starlets of Kenya.

Ghana who began the competition with a defeat have picked up two consecutive wins to make it out of the group.

Ghana recorded a 3-1 victory over Kenya at the Gold City Complex to book their ticket to the next stage.Â Elizabeth Addo shot Ghana into an early lead in the 9th minute as the opening 45 minutes ended in favour of the West African side.

The Black Queens reasserted their dominance after the break and added two goals to the contest before a consolation from the Harambee Starlets in stoppage time.

Elizabeth Addo bagged her brace in the 59th minute from the penalty spot beforeÂ Grace Asantewaa made it 3-0 for Ghana. Coach Mercy Tagoe charges thought they were going to keep a clean for the second successive game but Kenya reduced the deficitÂ with the final kick of the game.

The Black Queens started the tournament on the wrong foot losing to Chile in their opener by 3 goals to nil before recording a thumping 4-0 win againstÂ Northern Ireland courtesy goals from Princella Adubea(2x) Beatrice Sesu and Grace Asantewaa.