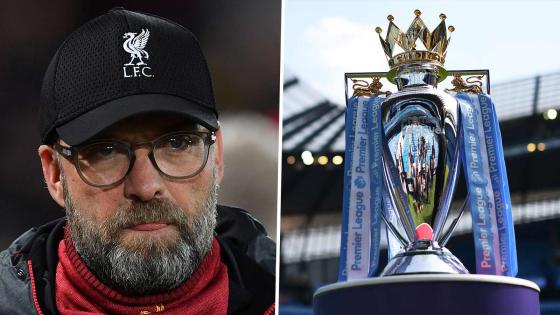 The Premier League will follow Belgium's top tier and cancel the rest of its season, according to Udinese sporting director Pierpaolo Marino.

With Liverpool 25 points clear atop the table, the Premier League was suspended last month due to the coronavirus pandemic. Last week, the league announced that its suspension would continue indefinitely.

Many leagues around the world have been brought to a standstill, with Belgium's Jupiler Pro League having cancelled the rest of its campaign and awarded the title to leaders Club Brugge.

Marino, whose club are owned by Giampaolo Pozzo â€“ the father of Watford owner Gino, believes England will do likewise.

â€œThe Belgian Federation has already sanctioned the end of their league, despite the threats of sanctions from UEFA,â€ Marino told Sportitalia.

â€œIn England, the Premier League is about to release a similar statement, because the situation there is becoming very, very serious. I frankly just hope we can enjoy football again after the coronavirus.

â€œIt doesnâ€™t matter how long it takes, we need to get out of this danger zone. I am worried for the next seasons, not the old one.â€

Marino could eventually be proven correct, as FA chairman Greg Clarke admitted on Tuesday that it may not be possible to complete the 2019-20 campaign.

â€œWe are committed to finishing the professional football season as this resolves the issues of promotion and relegation together with title winners on merit," Clarke told the FA's official website.

"However, we may not be able to finish the season as football is not our priority, human life is, and we will do as the government directs as the pandemic unfolds."

Should the Premier League season be ended prematurely there will be questions as to whether Liverpool will be declared champions, with Jurgen Klopp's side currently holding a near-unassailable lead.

UEFA president Aleksander Ceferin offered some good news for Reds fans on Tuesday, saying he can see "no way" Liverpool will be denied the title whether the season is completed or not.

"I see no way for Liverpool to stay untitled. If the championship resumes, they will almost certainly win it - theoretically, it has not yet reached the guaranteed level, but it is practically close," the UEFA chief told Slovenian publication Ekipa.

"However, if it could not be played, it would also be necessary to announce the results in some way and find some key on how the champions should be determined. And, of course, again I do not see a scenario in which that would not be Liverpool," Ceferin added.