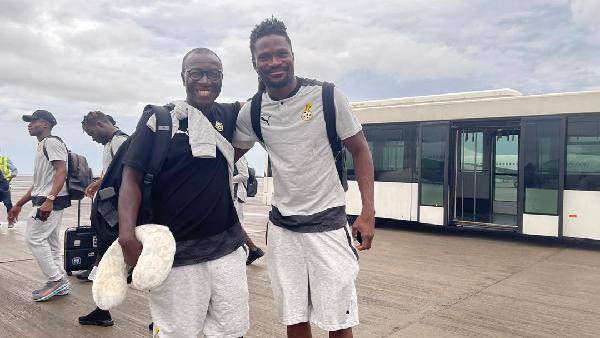 Ghana's contingent of Coaches, players, technical and Management Committee members of the Black Stars, have arrived in Luanda for Sunday's AFCON qualifier against Central African Republic.

Twenty-five players made the trip to Luanda for the encounter. Celta Vigo star Joseph Aidoo who picked up an ankle injury in the lead up to the opening match against Madagascar could not make the squad for the trip. Daniel Afriyie Barnieh and Augustine Okrah did not make the cut for the match.

The Black Stars were ruthless in the opening game of the campaign following a 3-0 win against Madagascar at the Cape Coast stadium on Wednesday.

Coach Otto Addo and his charges are aiming for a win on Sunday to protect their flying start to the Cup of Nations qualifiers.