Video: Thank you for putting the icing on my birthday - Akufo-Addo to Black Stars 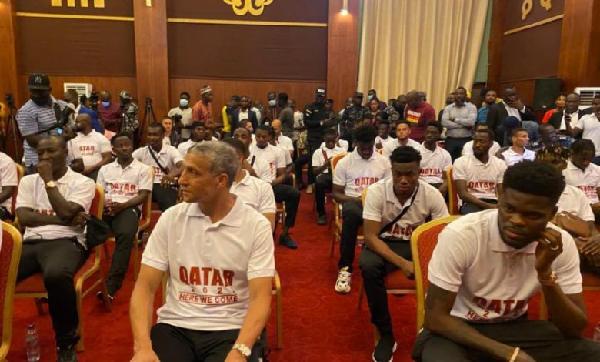 President Akufo-Addo on Wednesday welcomed the Black Stars to the Jubilee House after securing qualification to the 2022 FIFA World Cup.

The Black Stars gifted the President a huge birthday gift by being the first African nation to book a ticket to the Mundial in November. 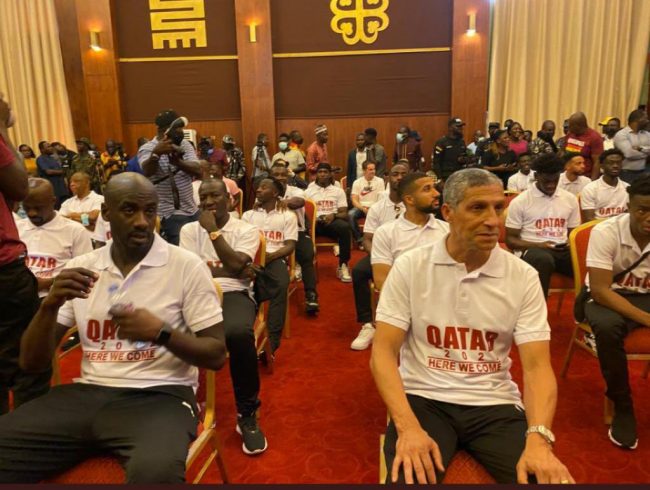 The Presiden in his speech expressed gratitude to the team for putting the icing on his birthday day by achieving Qatar 2022 FIFA World Cup qualification having missed out on the last edition staged in Russia.

"You're all welcome to the Jubilee house which is the sit of our presidency of our country, Akufo-Addo said.

"I just want to add my personal word of gratitude to you for putting the icing on the cake on my birthday yesterday, March 29."

March 29, 2022, which was the President's 78th birthday day, coincided with Ghana's qualification to the World Cup.

The Black Stars on Tuesday put up a brave performance to pick up a 1-1 draw against the Super Eagles of Nigeria at the Moshood Abiola Stadium on Tuesday.

The draw sent Ghana through to the FIFA World Cup Qatar 2022 tournament on the away goals rule.