Wakaso apologises for saying NDC-NPP are 'killing' the Black Stars 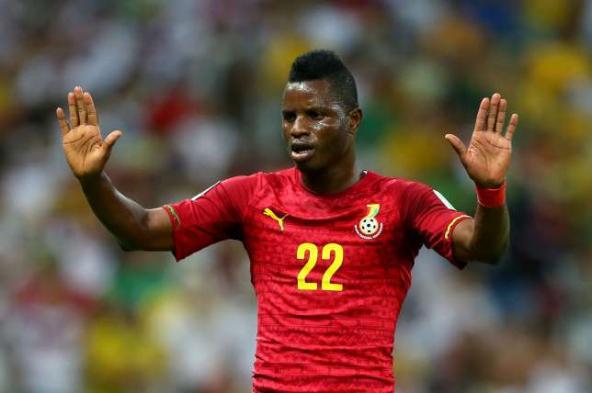 Mubarak Wakaso has rendered an apology to the National Democratic Congress (NDC) and New Patriotic Party (NPP) following comments made that the two parties are destroying the Black Stars with politics.

The midfielder in an interview with Angel TV said that politicians have ruined the game as the country's two biggest political parties [NPP-NDC]Â do not wish the Black Stars well because the ruling party will claim the glory.

However, theÂ Jiangsu Sunning FC has stated that, following a sober reflection it is deemed right to retract the comments he made and is asking both parties as well as anyone affected by is comment for forgiveness.Â

In a related development, former Sports Minister Edwin Nii Lante VanderpuyeÂ is calling on Ghanaians to put political affiliations aside and rally behind theÂ various sporting disciplines to achieve their goals.

According to the former minister, sports is an entertainment that bring people together so bringing partisan politics into it will not let the country achieve its goal.

"Let me be honest, partisan politics has badly affected the Black Stars and even some of the Sports Federations,â€ he said.

â€œI experienced it as a Sports Minister. Some people in NPP influenced some of the players against my administration as minister and I got to know,â€ he added.

â€œSome of my own party people too tried to influence me and advised me against entertaining some Black Stars players in my office because they believed these players belonged to NPP so I should not deal with them.

READ ALSO:Â We have a week to appoint a new Technical Director - GFA Communications director