Sports should be devoid of politics - Nii Lante Vanderpuye 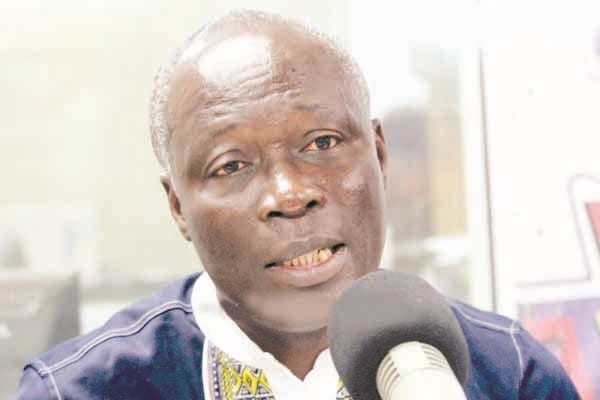 Former Sports Minister Edwin Nii Lante Vanderpuye is calling on Ghanaians to put political affiliations aside and rally behind the various sporting disciplines to achieve their goals.

According to the former minister, sports is an entertainment that bring people together so bringing partisan politics into it will not let the country achieve its goal.

His comment comes after Black Stars midfielder Mubarak Wakaso stated in an interview with Angel TV that politics has ruined the game as the country's two biggest political parties [NPP-NDC] do not wish the Black Stars well because the ruling party will claim the glory.

“I will speak the truth today. Do you know our problem about the game? He asked.

“Maybe we know but we don’t want to say it. But I think politics ruins the Black Stars at times. When NDC is in power, NPP doesn’t want us to win and vice versa,” Wakaso told Angel TV.

A revelation the Member of Parliament of the Odododiodoo constituency has also confirmed, saying he experienced it as a Sports Minister.

“I agree with Wakaso 100%. Let me be honest, partisan politics has badly affected the Black Stars and even some of the Sports Federations,” he said.

“I experienced it as a Sports Minister. Some people in NPP influenced some of the players against my administration as minister and I got to know,” he added.

“Some of my own party people too tried to influence me and advised me against entertaining some Black Stars players in my office because they believed these players belonged to NPP so I should not deal with them.

“These are facts,” he emphasized.

“We have to throw partisan politics out of sports. We have to understand that sports should be devoid of politics. It is a big challenge,” he advised.

READ ALSO: I left Deportivo Alaves for China because of money - Wakaso

Ghana has failed to annex her fifth AFCON trophy since winning her fourth in 1982.