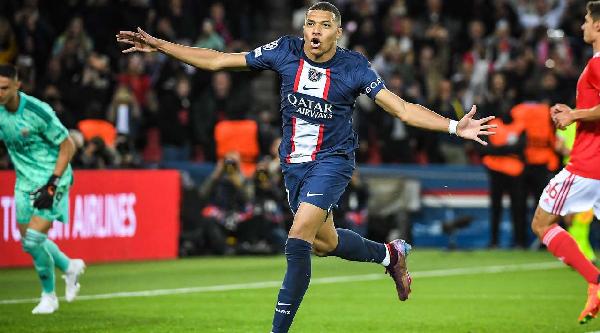 Both Benfica and PSG’s wait to secure qualification for the Champions League knockout stages went on as the two sides played out a 1-1 draw at the Parc des Princes.

Les Parisiens were awarded a penalty six minutes before half-time after Juan Bernat was taken down in the box by Antonio Silva. The decision was confirmed following a VAR check. Kylian Mbappe struck his spot-kick into the bottom-left corner past Benfica goalkeeper Odysseas Vlachodimos to give his side the lead.

A second penalty of the match was awarded in the 60th minute, but this time it was for the away side as Rafa Silva was caught in the area by Marco Verratti.

After a brief check on the pitchside monitor, match official Michael Oliver pointed to the spot. Joao Mario buried his spot-kick straight down the middle of the net to put his side back on level terms.

Mbappe had a volleyed effort ruled out for offside four minutes from time, but despite both sides searching for a winner late on, the spoils were shared in the French capital.