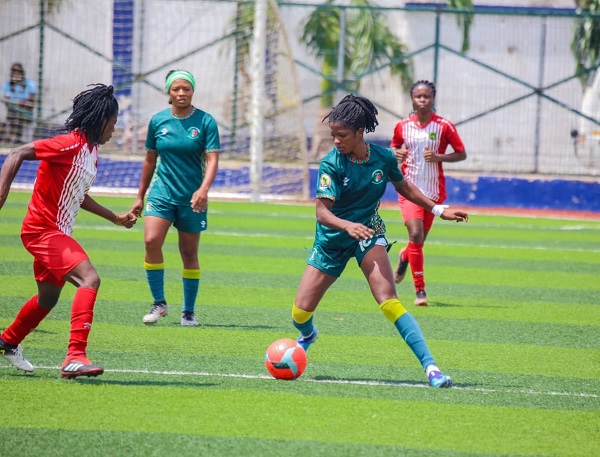 Hasaacas Ladies will once again play Ampem Darkoa Ladies in the Women's FA Cup after Wednesday's victory over Ashtown Ladies.

The Sekondi giants recorded a 2-0 win over Ashtown Ladies at the McDan La Town Park following goals in each half from Success Ameyaa and Veronica Appiah.

Success Ameyaa put Hasaacas Ladies in the lead at the 18th minute from the penalty spot after Doris Boaduwaa was brought down inside the area.

Veronica Appiah added the second at the 90th minute after substitute Obianuju Mary went past her marker and teed a pass to the forward who then calmly tapped in from close range.

The win was not without a fight as the Kumasi-based side fought tooth and nail for everything only meeting the strong defence of their opponent.

The win sets Hasaacas Ladies up with another final against Ampem Darkoa Ladies – becoming the 4th final within a year for the two sides.