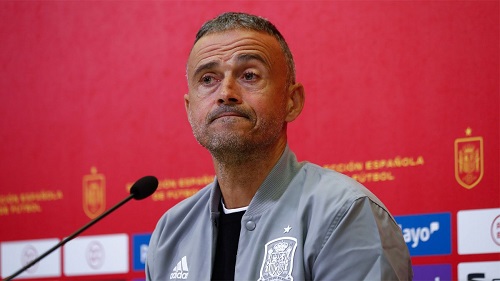 De Gea, who has 45 caps, has not made an international appearance for two years, while Thiago earned the last of his 46 caps at Euro 2020 last year.

There is also no place in the squad for Paris St-Germain defender Sergio Ramos.

Brighton's Robert Sanchez and Brentford's David Raya are also in the squad, but fellow goalkeeper Kepa Arrizabalaga of Chelsea misses out.

Barcelona forward Ansu Fati has been named by boss Luis Enrique despite being sidelined for much of the last two years through injury.

Athletic Bilbao winger Nico Williams, who only made his international debut in September, will also travel to Qatar along with former Manchester City forward Ferran Torres and ex-Chelsea striker Alvaro Morata.

Spain are in Group E alongside Germany, Costa Rica and Japan.

The 2010 World champions take on Costa Rica in their opening match on 23 November.