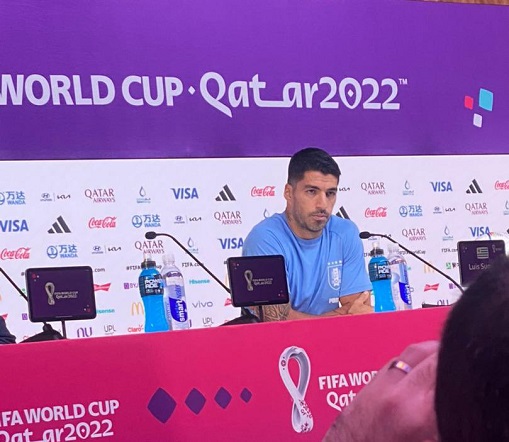 Uruguay striker Luis Suarez says he will apologise for defending his nation and 'injuring' no one in the 2010 quarter-final match incident against the Black Stars of Ghana.

The former Barcelona and Liverpool striker said the referee applied the rules of the game by punishing him for handling the ball on the goalline and he can't be held responsible for Ghana failing to take advantage of the resulting kick.

Speaking ahead of the repeat of the 2010 match scheduled for a 15:00 GMT kick-off at the Al Janoub Stadium, Suarez insists he won't apologise.

In a dramatic event of the World Cup quarter-final in Johannesburg in July 2010 Uruguay beat the Black Stars on penalties to reach the semi-finals. 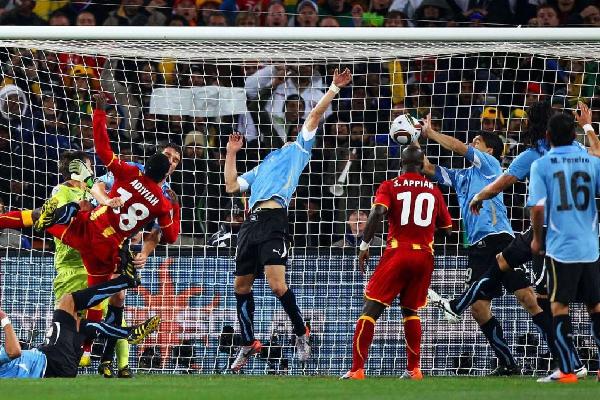 The quarter-final went to extra time and in the final minute of the added half-hour, Suarez, of Uruguay, standing on his own goalline, kept out a header from Ghana's Dominic Adiyiah with his hand.

Suarez was dismissed, only for Gyan to strike the bar with the resultant penalty, the last kick of the game.

The tie then went into a shoot-out, and though Gyan was brave enough to take Ghana's first penalty and score, just moments after the miss that could have put his team through, his colleagues were not as composed and the last African side went out.