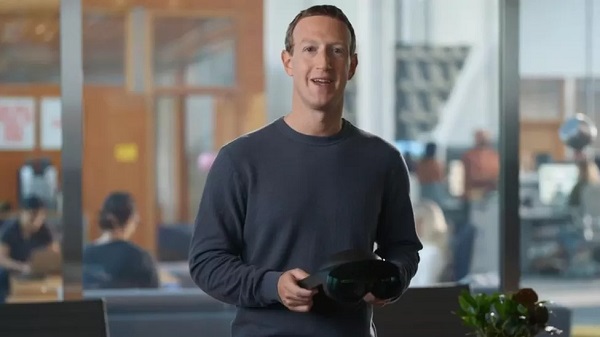 Mark Zuckerberg has unveiled a new VR headset, the Quest Pro, at an online event held for developers.

It boasts thinner lenses, a curved battery around the head strap at the back, and controllers which self-track.

The headset also allows users to see their real environment around the periphery of the screen.

Quest Pro has mixed reality capabilities, unlike its predecessor - meaning digital content can be viewed overlaid on the real world. 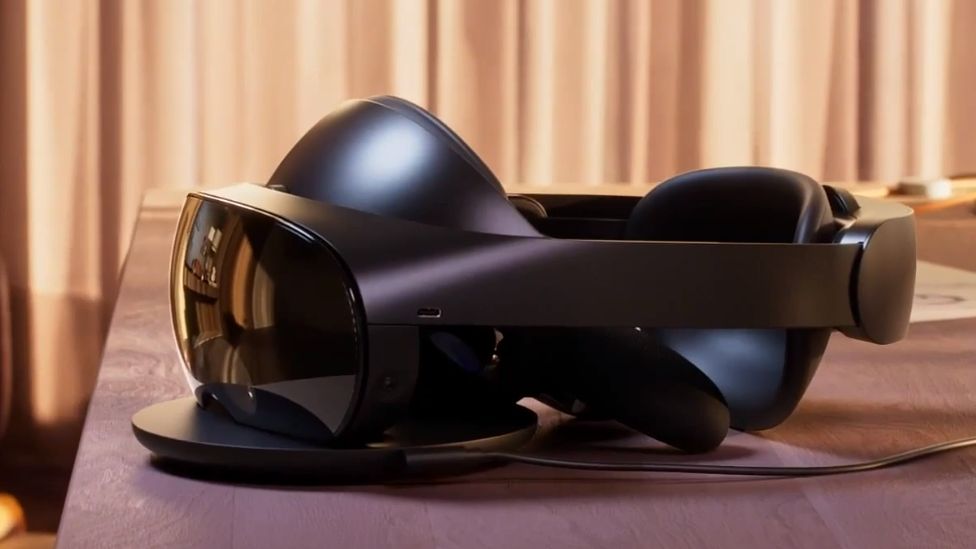 Microsoft CEO Satya Nadella also announced that the office platform Windows 365 will be available on it, as Meta seeks to position mixed and virtual reality as a work tool as well as a form of entertainment.

The firm Meta, formerly known as Facebook, is betting its future on the creation of a metaverse - a virtual world in which people can both conduct their everyday lives, in the form of avatars, and explore fantasy virtual spaces.

Many tech firms are building their own metaverses but it is likely to be several years before any exist.

Meta's existing virtual reality world, Horizons, has received mixed reviews so far, and there have been reports of avatars carrying out violence and sexual assault within it.

Chief Technology Officer Andrew Bosworth has also admitted that "it will be a while before there are enough headsets out there".

Paolo Pescatore from PP Foresight said it felt like the tech was being "fast tracked" into people's hands. "There's no demand, why rush," he said.

There was much talk about virtual reality apps during the event, some of which have proved very lucrative for their developers, like the VR version of the video game Resident Evil 4, which made $2m in revenue in its first 24 hours.

New VR gaming titles announced included Iron Man and Among Us, as well as an upcoming partnership with Microsoft's Xbox Cloud Gaming.

However there was no update on the long-awaited VR Grand Theft Auto: San Andreas, which some gamers had anticipated.

Andrew Bosworth said that one of the most popular apps on the Quest store was YouTube VR.

"The ultimate goal for the metaverse is to feel like any other social experience, great and small," said Vishal Shah, Meta's vice president of the metaverse.