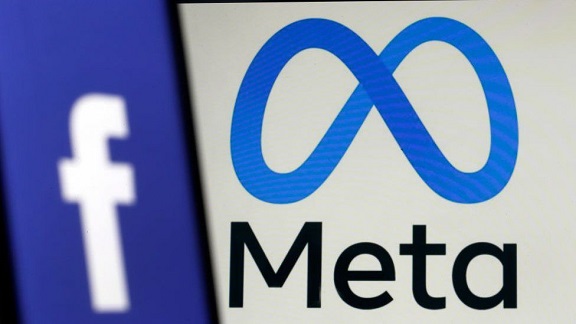 It objects to a new law that would give news organisations greater power to negotiate fees for content shared on Facebook.

A similar law, passed in Australia, led to news on Facebook being briefly suspended last year.

The legislation, known as the Journalism Competition and Preservation Act (JCPA) was introduced in Congress by Minnesota Senator Amy Klobuchar and has bipartisan support.

It would give publishers and broadcasters greater powers to collectively bargain with social media companies for a larger share of ad revenue.

Local news in particular struggled during the pandemic, as Meta made huge profits.

However Meta argues that this narrative is wrong. Instead, it says, Meta drives traffic to news sources.

Meta spokesperson Andy Stone said: "If Congress passes an ill-considered journalism bill as part of national security legislation, we will be forced to consider removing news from our platform altogether".

Meta also argues that sharing news on Facebook accounts for only a fraction of its revenue.

A similar Australian law, which took effect in March 2021, led to a brief shutdown of Facebook news feeds in the country.

The company quickly reversed the decision after wide-ranging criticism - brokering a deal with the Australian government.

In a statement about Australia's proposed law last year, a spokesperson for Meta said, "for Facebook, the business gain from news is minimal. News makes up less than 4% of the content people see in their News Feed."

The US legislation is part of a larger set of laws aimed at tackling the dominance of Big Tech.

Matt Stoller, Director of Research at the American Economic Liberties Project, said media outlets were being "eaten alive" by Meta.

"Meta's efforts to blackmail Congress prove again why this monopoly is a threat to democracies worldwide," he said.