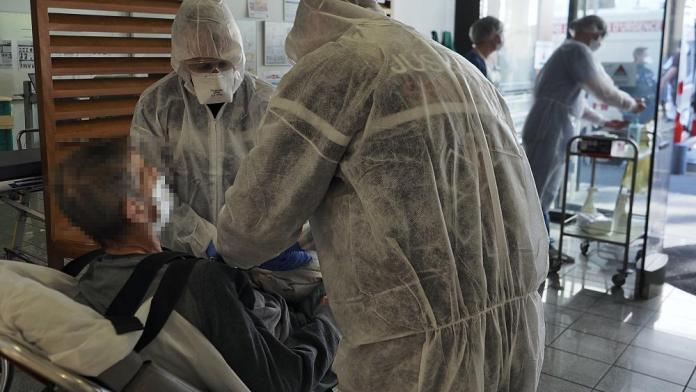 The global coronavirus is the worst crisis the world has faced since World War II, the head of the United Nations has warned.

Antonio Guterres spoke as the UN launched a report on the social and economic damage caused by the COVID-19 pandemic.

â€œThe new coronavirus disease is attacking societies at their core, claiming lives and peopleâ€™s livelihoods,â€ the UN Secretary-General said. â€œCOVID-19 is the greatest test that we have faced together since the formation of the United Nations.â€

â€œWe are facing a global health crisis unlike any in the 75-year history of the United Nations â€” one that is killing people, spreading human suffering, and upending peopleâ€™s lives,â€ the report said.

Meanwhile, U.S. President Donald Trump has warned Americans to brace for a â€œhell of a bad two weeksâ€ ahead as the White House projected there could be between 100,000 and 240,000 deaths in the U.S. from the pandemic. However, it said such figures were not inevitable.

Trump said following official guidelines was a â€œmatter of life and deathâ€ for Americans and predicted the country would soon see a â€œlight at the end of the tunnelâ€.

The latest from Europe
In Europe, authorities have confirmed the deaths of two children from coronavirus, while France and Spain reported disappointing figures as the number of fatalities and infections continued to rise.Help the poorest and most vulnerableâ€™

Commenting on the UN report, Antonio Guterres called for â€œcoordinated, decisive, inclusive and innovativeâ€ action from the worldâ€™s richer nations to help â€œthe poorest and most vulnerable people and countriesâ€.

Otherwise the world would â€œface the nightmare of the disease spreading like wildfire in the global South with millions of deaths and the prospect of the disease re-emerging where it was previously suppressedâ€, he said.

Trumpâ€™s about-turn
The US presidentâ€™s comments came after he announced on Sunday an extension to April 30 of the social distancing guidelines. Americans are advised to stop large gatherings and work from home.

It was an abrupt reversal for Donald Trump, who said earlier he wanted the country back to normal by Easter on April 12, and wanted to see Americans â€œpack the pewsâ€ for Easter Sunday church services.

He also rejected those who compared the new coronavirus to the flu â€” despite having repeatedly done so himself.

The president played down concerns from New Yorkâ€™s Andrew Cuomo and other governors that state hospitals donâ€™t have enough ventilators. Trump saidÂ Â the federal government had a stockpile of 10,000 ventilators and planned to distribute them as needed.