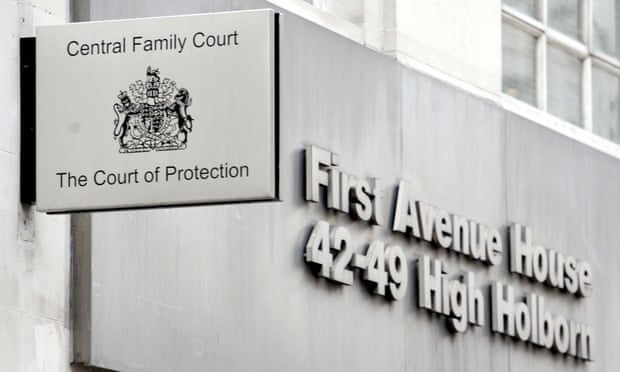 A row has erupted after a judge spoke in court about the “fundamental human right” of a man to have sex with his wife.

The remark was made by Mr Justice Hayden, who had been asked to consider imposing a court order preventing a man from having sex with his wife of 20 years because she may no longer be able to give her consent.

The case had been brought to the court of protection, which considers cases where people lack the mental capacity to make their own decisions, by lawyers for a council’s social services after the condition of the woman, who has learning difficulties, began to deteriorate.

Social service officials believe there is evidence that she no longer has the capacity to make decisions about whether she wants to have sex and therefore cannot freely give her consent. Lawyers have suggested that a judge might have to bar the husband from continuing to have sex with his wife in order to ensure that the woman is not raped.

Hayden considered the issue at a preliminary court of protection hearing in London on Monday, in which he was told that the man had offered to give an undertaking not to have sex with his wife.

However, the judge said he wanted to examine the evidence in detail – and hear arguments from lawyers representing the woman, the man, and the council involved – before making any decisions.

The judge said the man might be put in a situation where he could face prison if he breached an order, or an undertaking, not to have sex with his wife. He also suggested that such an order would be difficult to police.

“I cannot think of any more obviously fundamental human right than the right of a man to have sex with his wife – and the right of the state to monitor that,” he said. “I think he is entitled to have it properly argued.”

Part of that comment was seized on by the the Labour MP for Bristol West, Thangam Debbonaire, who tweeted: “This legitimises misogyny and woman-hatred. A judge stating ‘I cannot think of any more obviously fundamental human right than the right of a man to have sex with his wife’. No man in the UK has such a legal right to insist on sex. No consent = rape.”

Hayden has ordered that the couple involved cannot be identified. A full hearing is expected in the coming months.