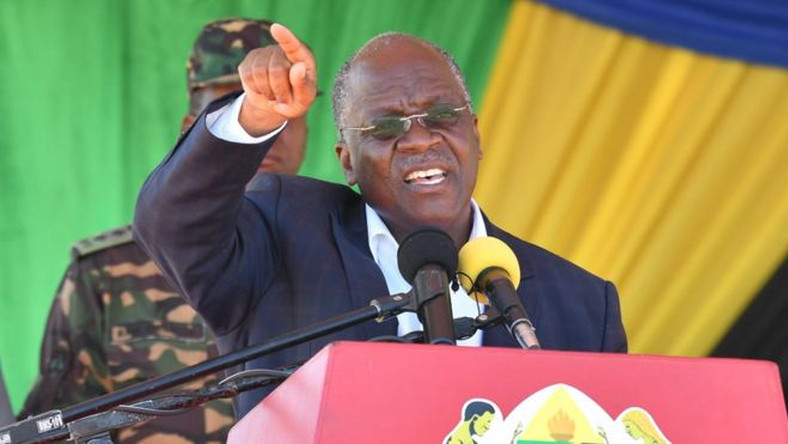 Kenya's most-watched TV station has said in a broadcast statement that it "regrets" calling Tanzania's President John Magufuli "stubborn" in a report covering his policy on fighting the Covid-19 pandemic.

Tanzania has not implemented strict crowd control measures, as many other countries have done around the world.

In the Citizen TV report aired on 22 March, Mr Magufuli was quoted as saying the pandemic "should not be used as an excuse to harm Tanzania's economy".

The station, which broadcasts in the East African region, said its report was "not meant to mislead Tanzanians"

The statement (in Swahili) said: On 22 March, we reported about strategies the Tanzanian government had put in place to combat Covid-19. In the report we referred to Mr Magufuli as "stubborn."

In an interview with Citizen TV, Tanzanian ambassador to Kenya said Mr Magufuli supports regional and international efforts to fight the pandemic.

Our use of the word 'stubborn' in reference to the president was therefore unwarranted."