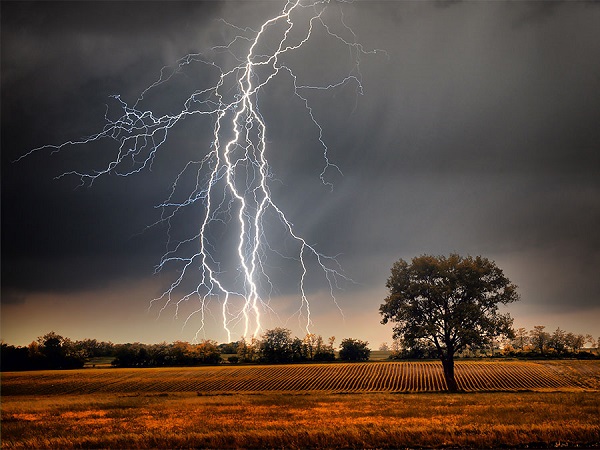 Some 20 people were killed by a lightning strike on high-voltage power lines in Congo-Brazzaville, the authorities say.

The incident happened on the first day of a lockdown in the capital, Brazzaville, to help prevent the spread of coronavirus.

So far 22 cases of Covid-19, the respiratory illness caused by the virus, have been confirmed in the country, including two deaths.

Eyewitnesses said one line fell on a house, setting it on fire and killing those inside.

The other cable struck a pool of water in a courtyard, electrocuting the neighbours.

Heavy rain has been falling in Kintele for several hours.

Some of the dead and injured were rushed to hospital by people in private vehicles as ambulances could not cope with the numbers.