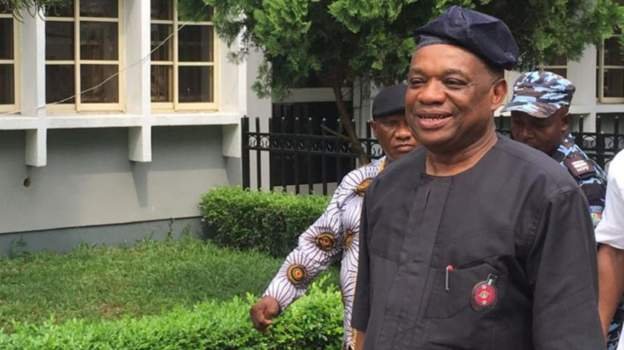 Prominent Nigerian senator Orji Uzor Kalu has been sentenced to 12 years in prison after being found guilty of 39 fraud charges amounting to $19.6m (£14.9m).

Kalu is a member of President Muhammadu Buhari's All Progressives Congress and a chief whip in the federal parliament's upper house.

He was accused, along with a company he controlled and another individual, of diverting state money while he was the governor of the south-eastern Abia state between 1999 and 2007.

READ ALSO: We have the right to engage in retail business in Ghana - Nigeria Traders Asso.

The charges were brought by the country's Economic and Financial Crimes Commission (EFCC) and the case began in 2007.

Kalu appeared shaken in court and asked officials not to handcuff him as they led him out, The Punch newspaper reports.

President Buhari has pledged to stamp out corruption, but has achieved mixed success.