Funny Face name twins after his mother and Adebayor 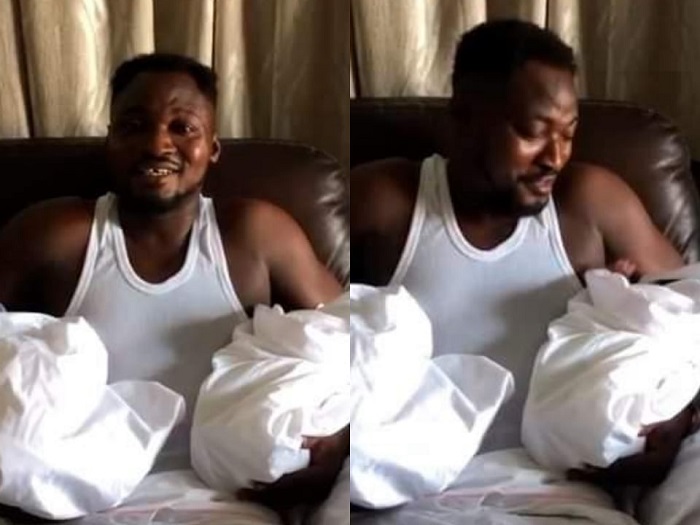 Funny Face name twins after his mother and Adebayor
Shares

Comedian and actor, Funny face has named his twin daughters after his mother and his Togolese international footballer friend, Emmanuel Adebayor.

Funny face on Tuesday morning took to his Instagram page to announce the names for his twin daughters even though the date for the official naming ceremony is yet to be known.

Taking to his Instagram page in a short video, the comedian born Benson Nana Yaw Oduro Boateng said he has named the twins after Adebayor and his mother because the two individuals were very pivotal in getting his life back on track when things were so bad for him.

The comedian earlier hinted in a social media post that he may cut down on joking, with the arrival of his twin daughters.

He explained that he doesn't want his children to grow to hear people saying "your father is the biggest fool in the whole of Ghana”.

Watch the video below of Funny Face naming his twins;

EMMANUELLA SAFOAH BOATENG ADEBAYOR ( Nyhira ) and ISSABELLA SAFOAH BOATENG ADEBAYOR ( Nkunim ) Thank you all my “ Genuine “ fans for ur prayers and support all dis years .. I named my twins 👯 after two people dear to my heart ❤️.. My Mother and @e_adebayor !!🙏 they have been with me thru thick and thin all dis years .. God bless you all 🙏 .. to GOD be the Glory !! #AttaaaaPaPa🍼🍼 the #ChildrenPresident ❤️👯