How celebrities dressed to Grammy Awards 2022

Here's a look at the most memorable outfits on the red carpet. 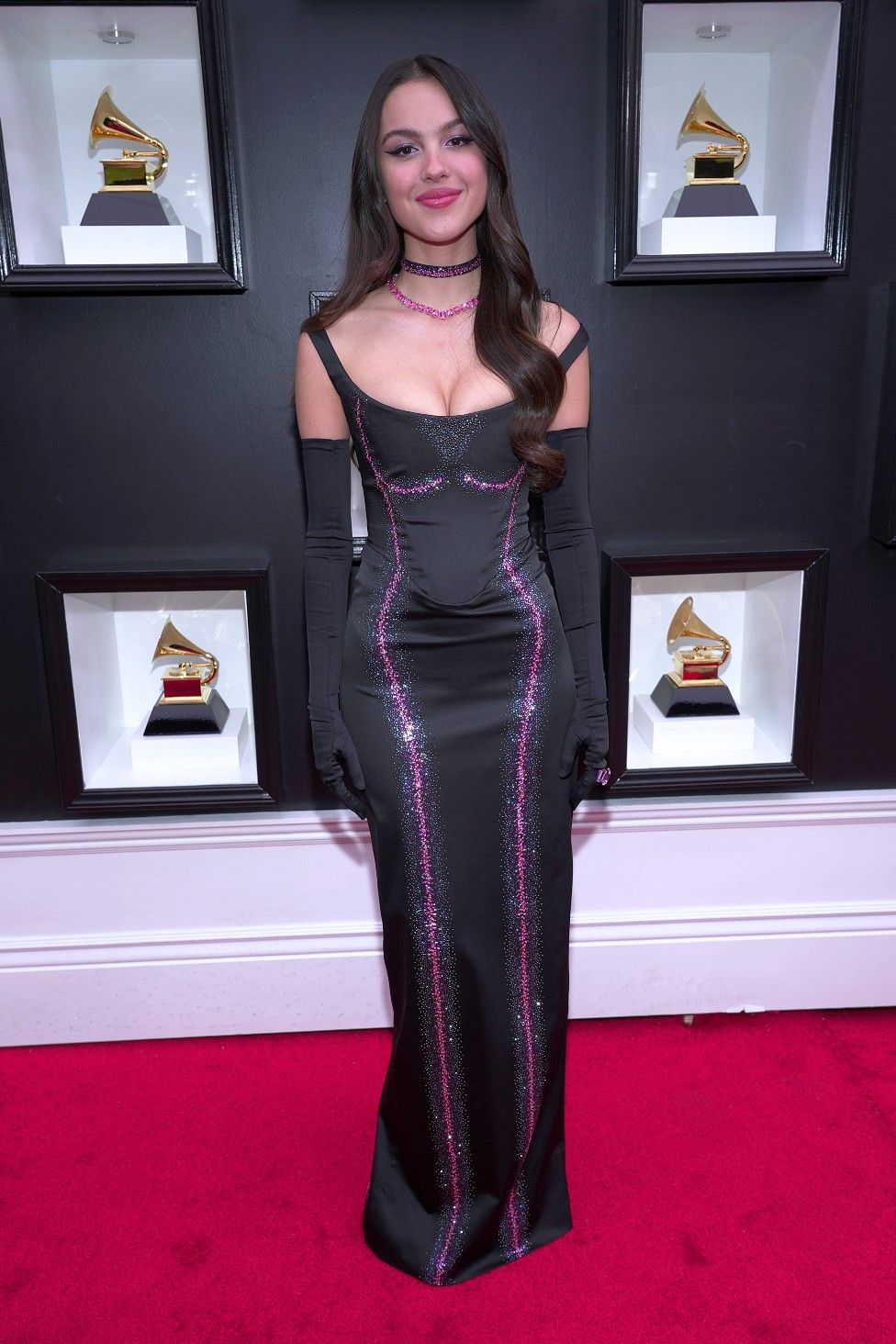 Olivia Rodrigo went into the night as the one to beat - being nominated for all four of the big awards - and she looked the part too, wearing a black Vivienne Westwood gown with sparkly pink detailing.

She walked away as one of the big winners, bagging best new artist and best pop album. 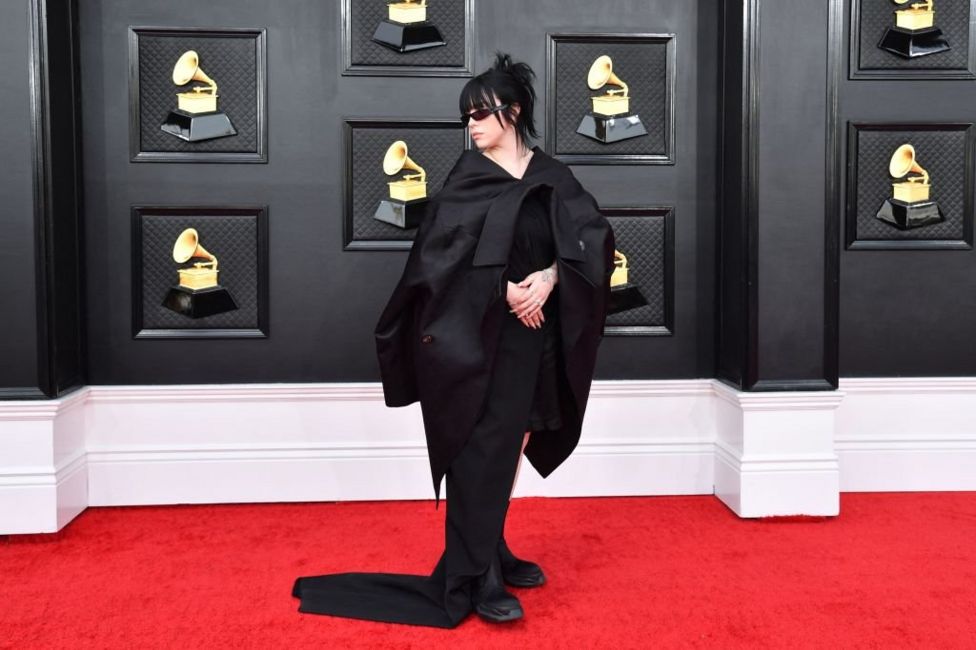 Billie Eilish was bold in black, with a daring Rick Owens' creation offset by a spiky updo and shades. 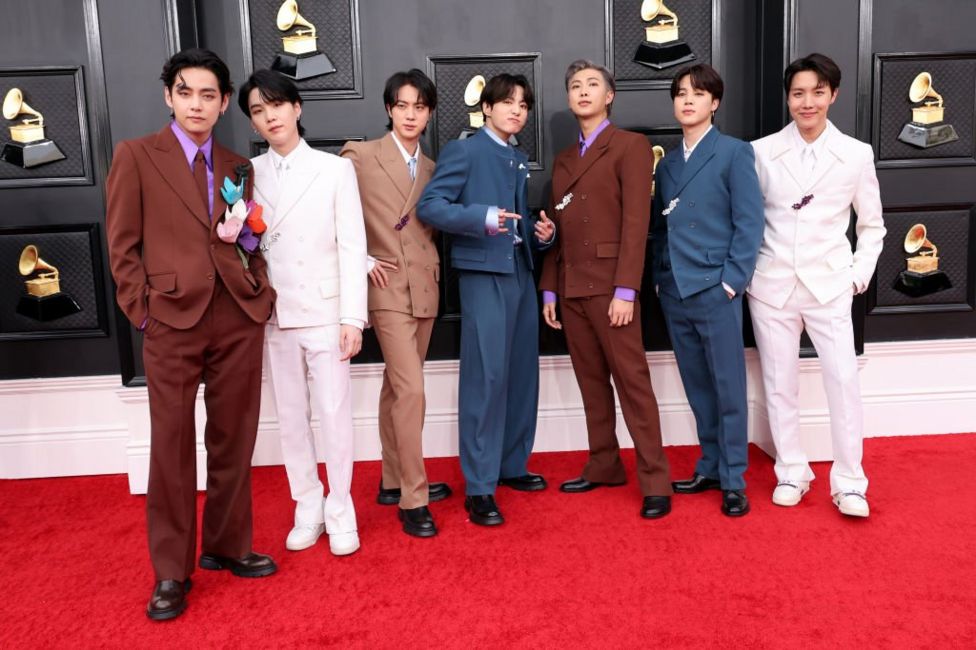 BTS may have lost out on their first-ever Grammy but V and RM, SUGA and J-Hope, Jungkook, Jin and Jimin looked smooth like butter on the red carpet, with an autumnal collection of Louis Vuitton suits. The septet told reporters they wanted to hook up with Olivia Rodrigo, Lady Gaga and J Balvin at the ceremony, so they could collaborate on future songs. 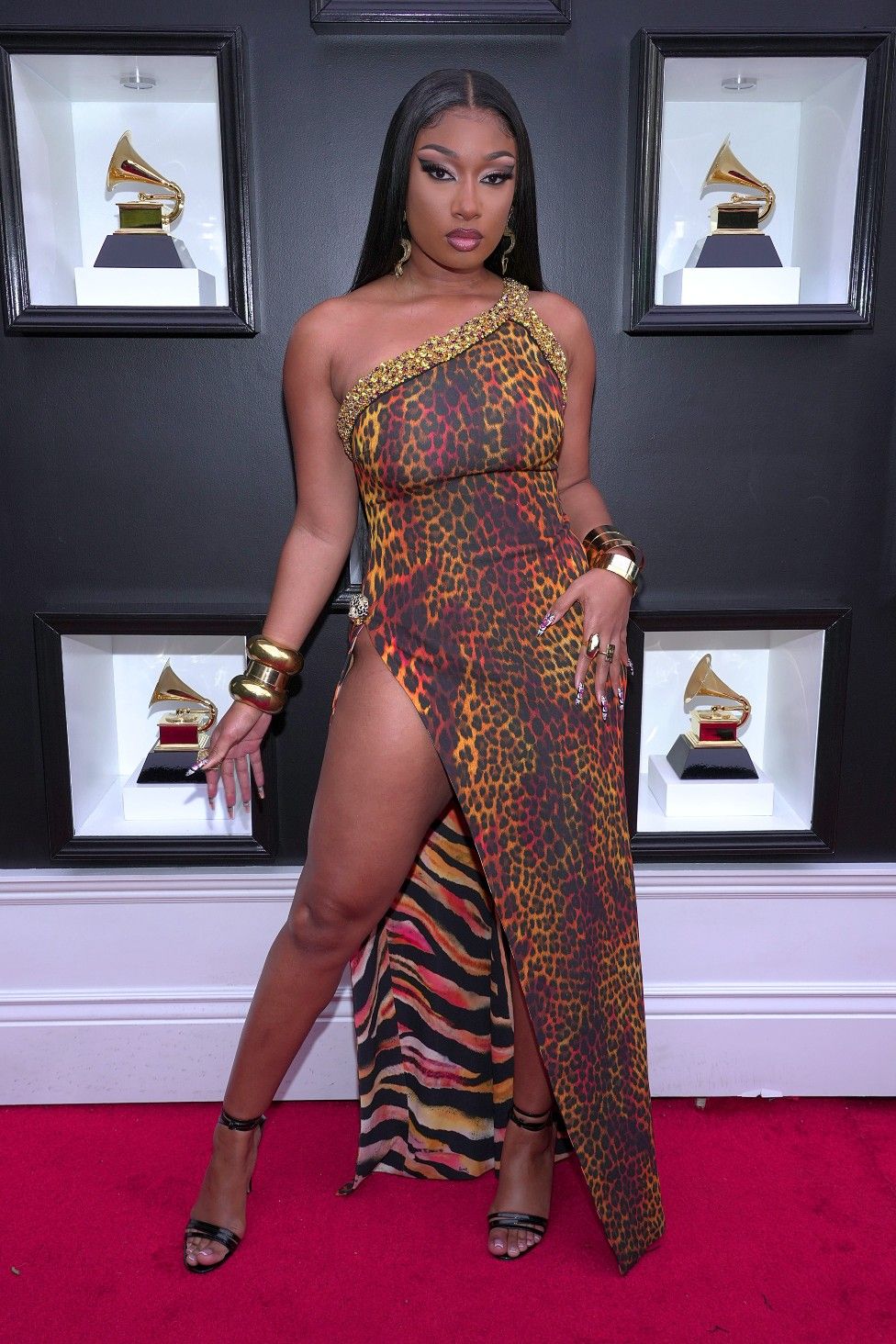 Megan Thee Stallion looked like the queen of the jungle in a skin-tight one-shoulder leopard pattern gown by Roberto Cavalli, topped off with some large snake earrings. 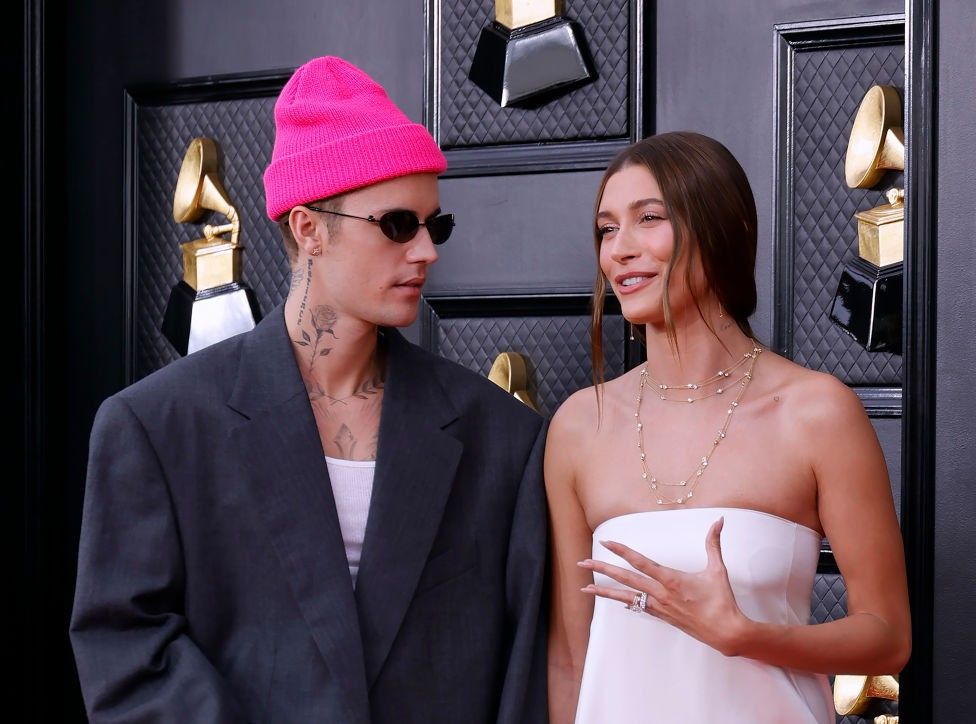 Justin Bieber and his wife, the model Hailey Bieber turned heads when they arrived, not least because of his bright pink beanie hat (it's Hailey who needs the sunglasses really, isn't it?).

The singer was up for several prizes, including best pop vocal album for Justice and best pop solo performance for Anyone, and also performed an acoustic version of his track Peaches. 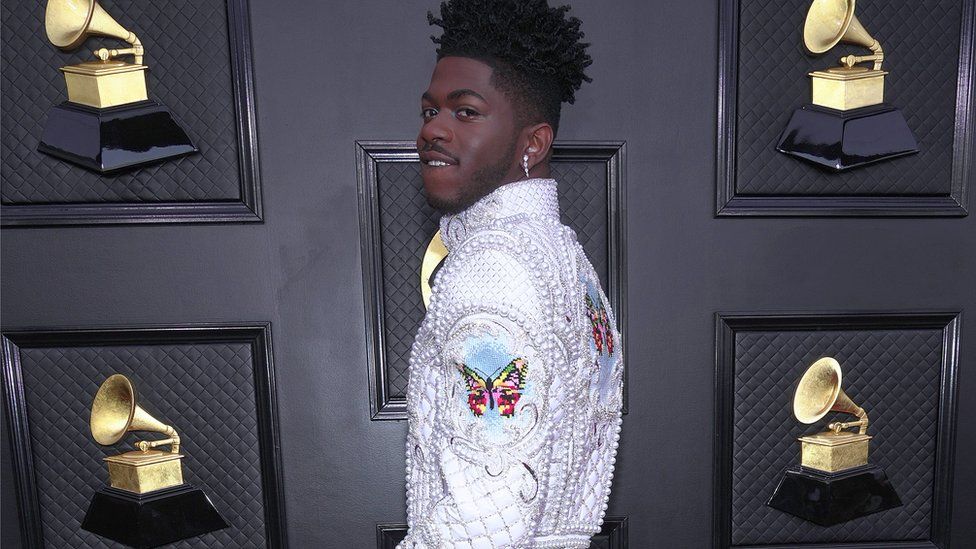 US singer and rapper Lil Nas X stepped out wearing pearls (lots of them), attached to an angelic white suit.

He was up for a multitude of equally shiny awards this year but ultimately walked away empty-handed.

Although he did treat the audience to an energetic medley of songs such as Dead Right Now, Montero and Industry Baby. 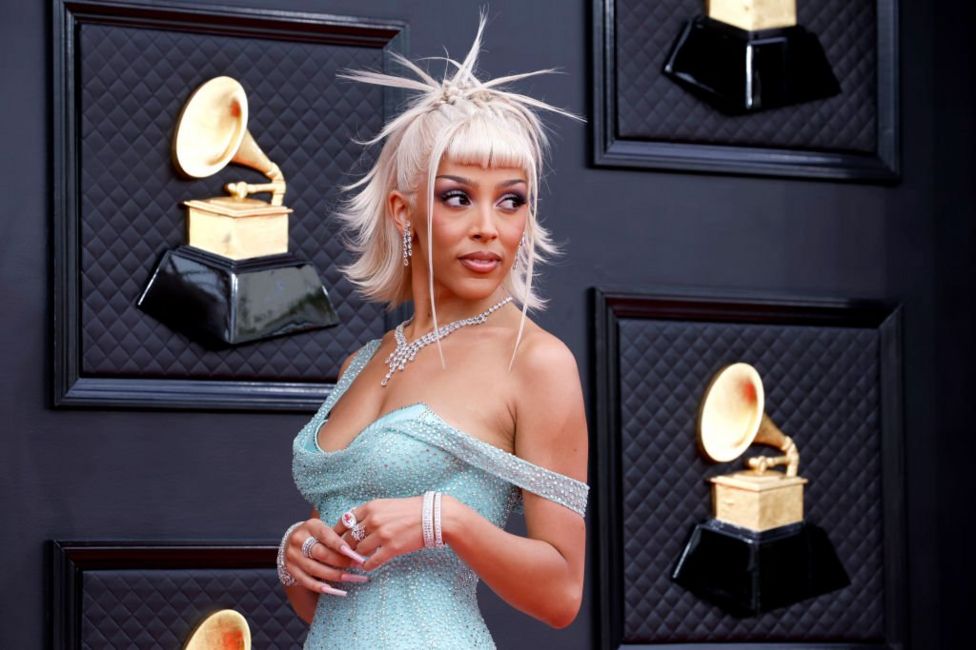 She had greater luck on the night, winning one for her collaboration with SZA. 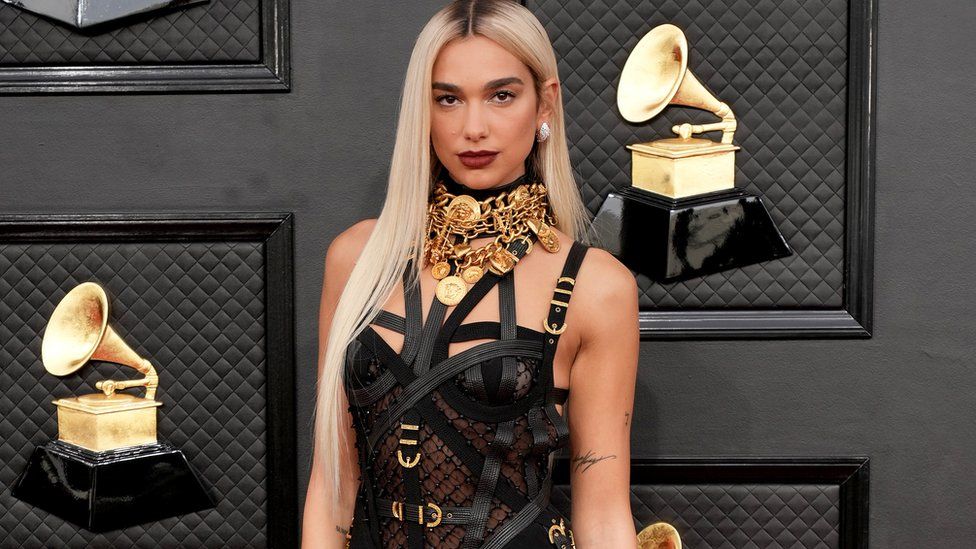 UK pop sensation Dua Lipa was not nominated this year, so she was just on presenting duties but still dressed to impress. 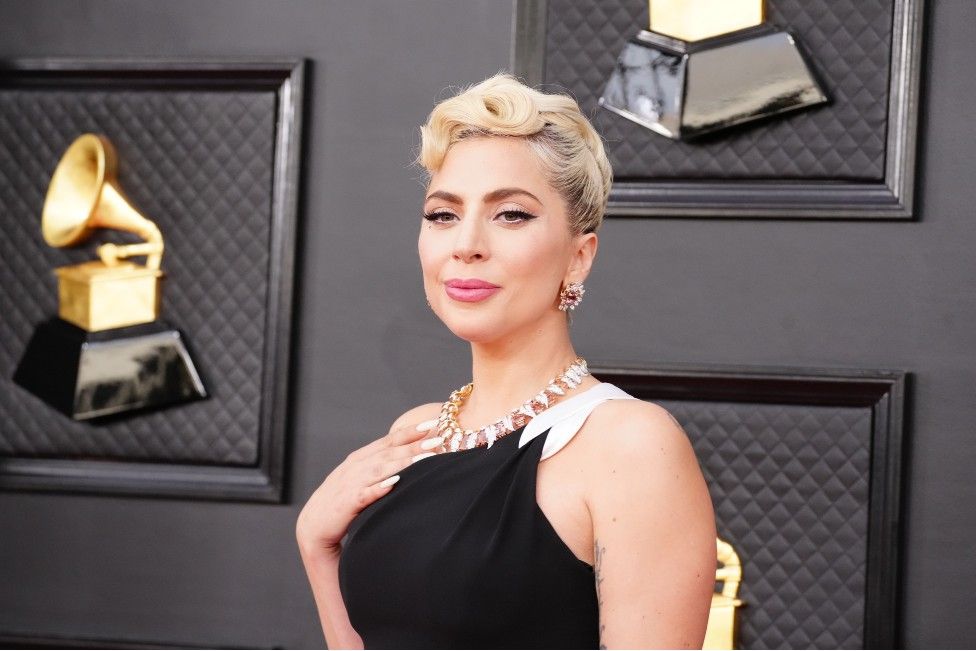 Lady Gaga arrived in a classy black number, which is tame by her standards at this particular event.

The star won best traditional pop vocal album for Love For Sale, her collaboration with Tony Bennett, and also put in an elegant and jazz-tinged performance. 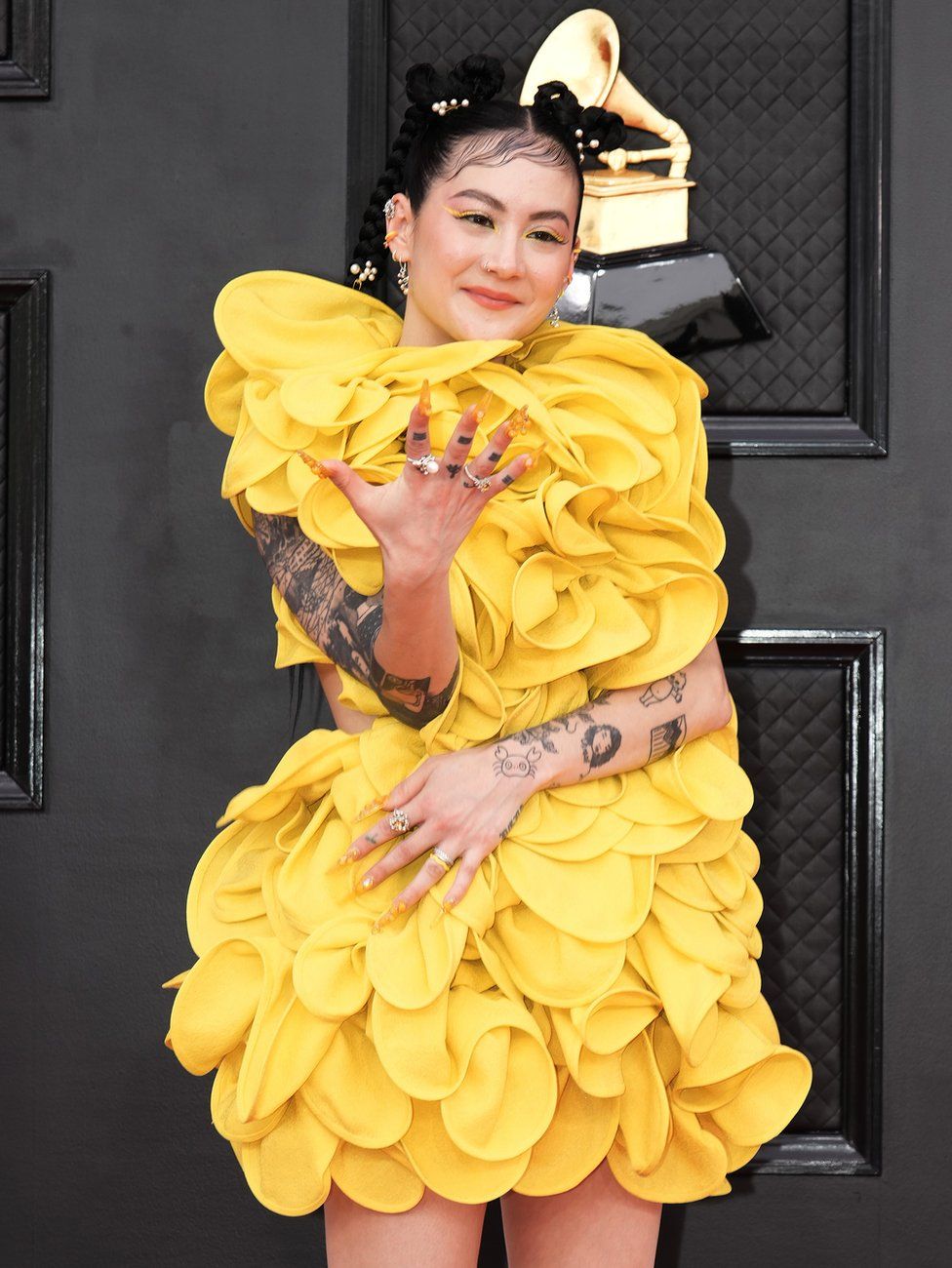 Alt-rock band Japanese Breakfast were up for best new artist and best alternative music album for their experimental, cathartic record Jubilee. Frontwoman Michelle Zauner wore a yellow frilled Valentino Couture gown; while her nails were designed to look like the persimmons featured on her album cover. 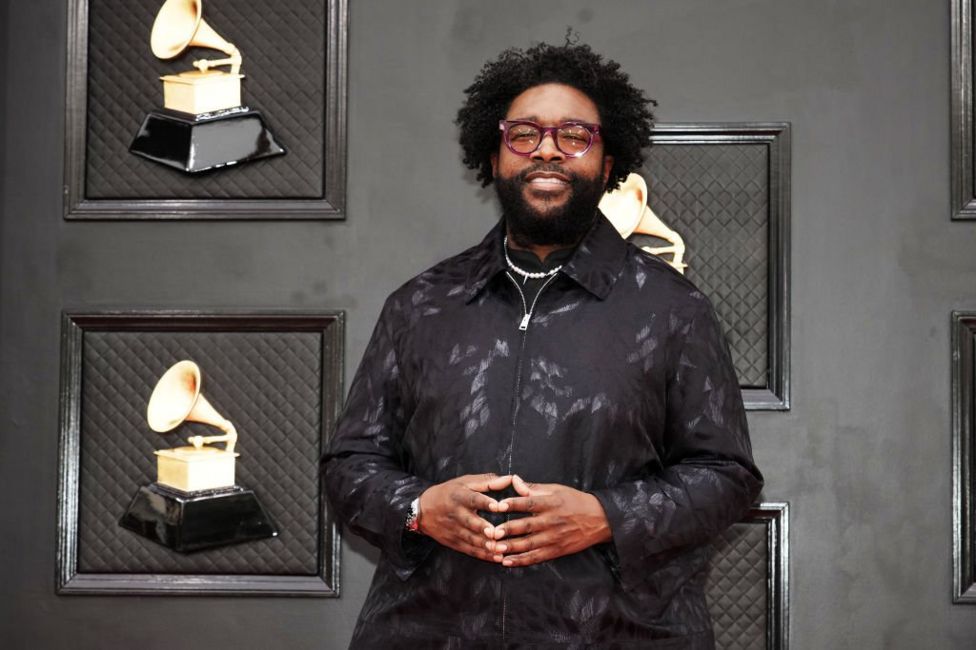 A week after winning the Oscar for best documentary, The Roots drummer Ahmir "Questlove" Thompson picked up the Grammy for best music film for Summer of Soul - which captured the long-forgotten 1969 Harlem Cultural Festival. 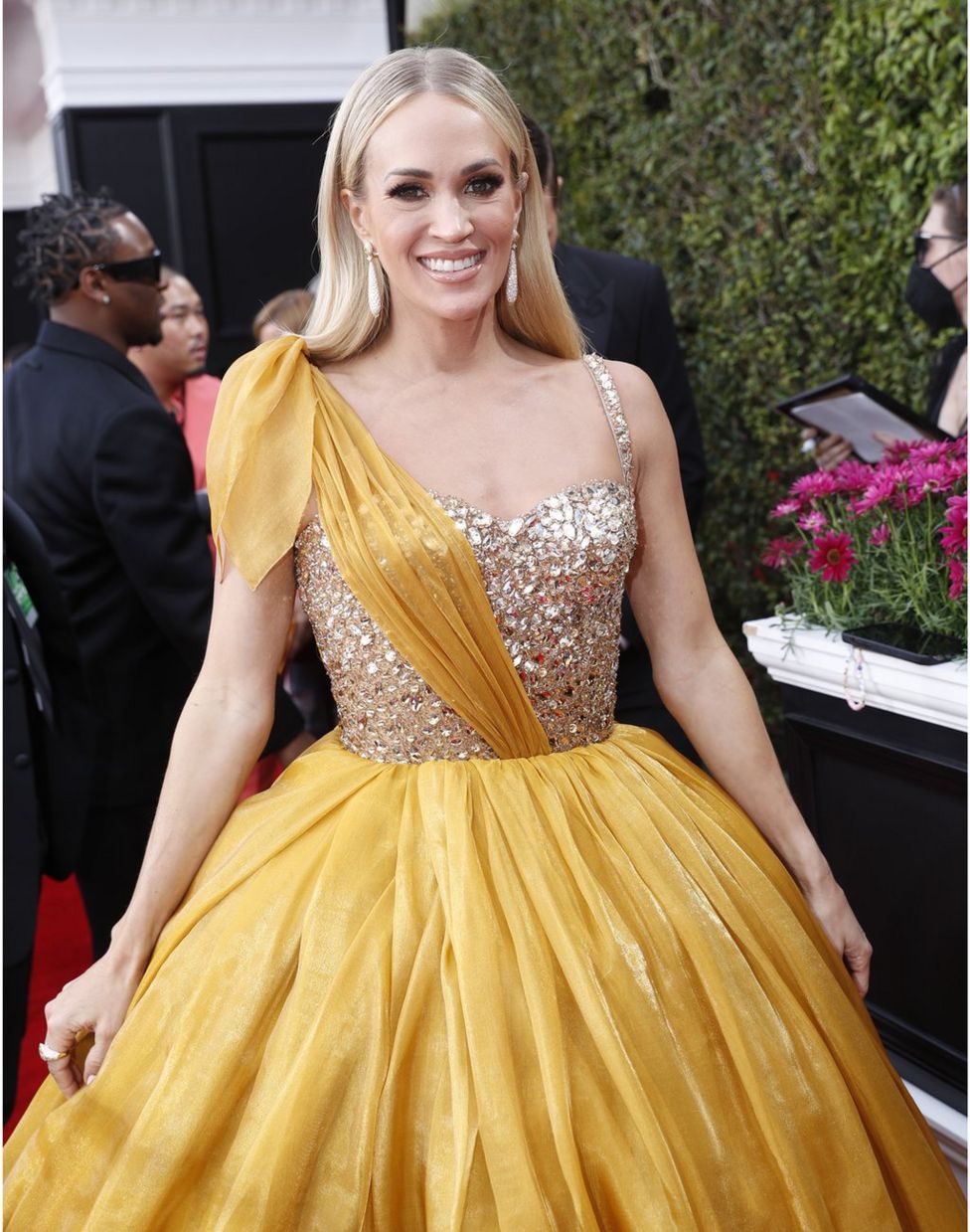 Country star Carrie Underwood looked like a sunset, with a dusky yellow gown and bejewelled bodice. 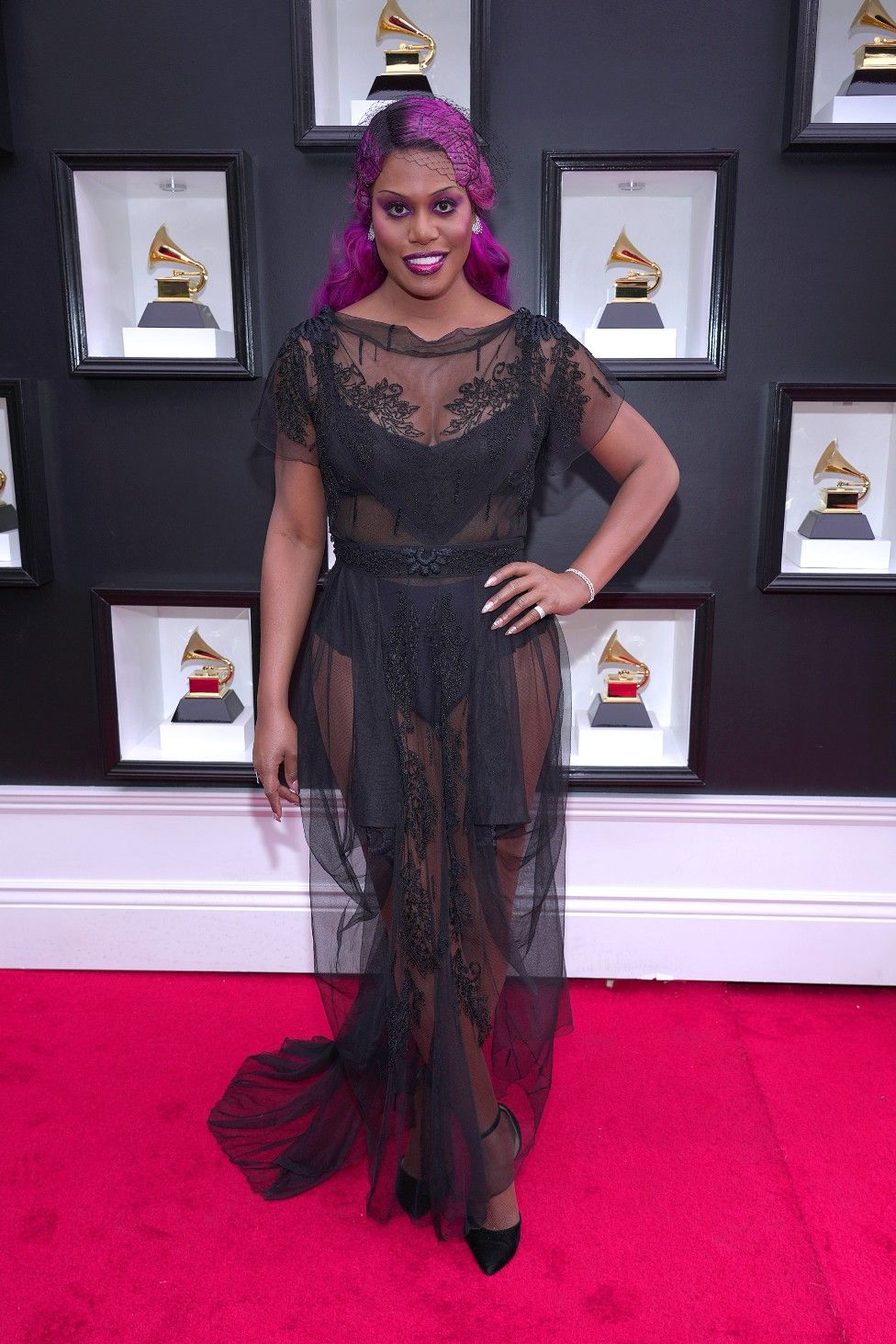 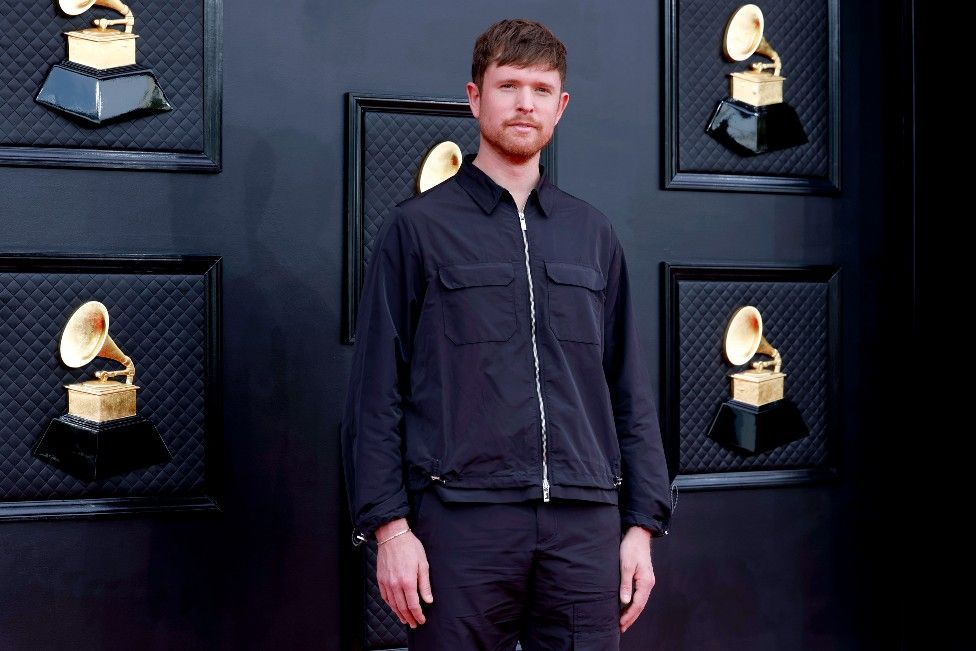 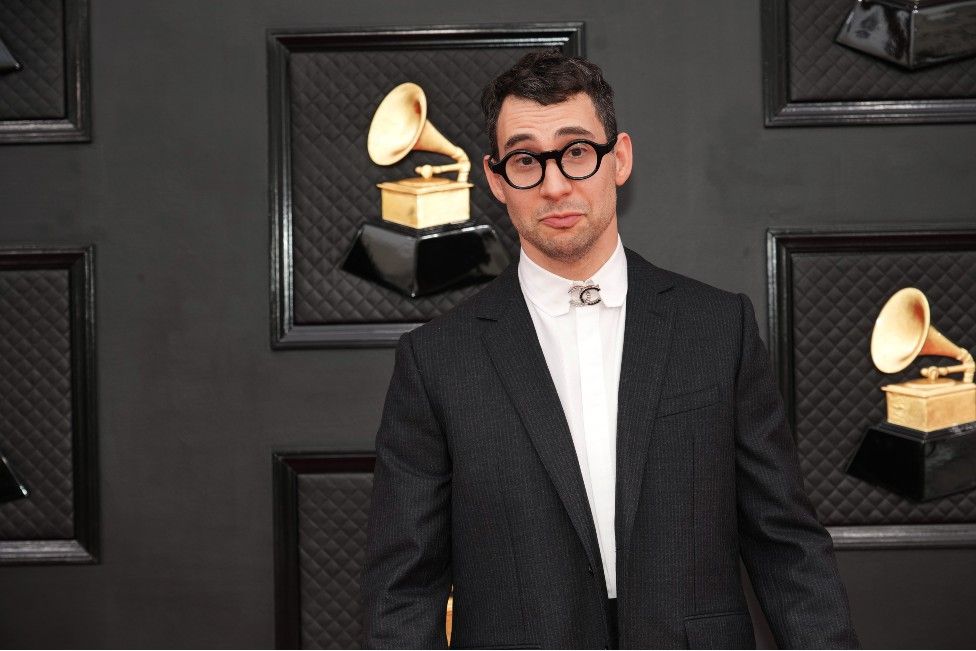 Producer of the year winner (and Taylor Swift's right-hand man) Jack Antonoff, scrubbed up well in a traditional suit and white shirt, but must have left his tie in the taxi. 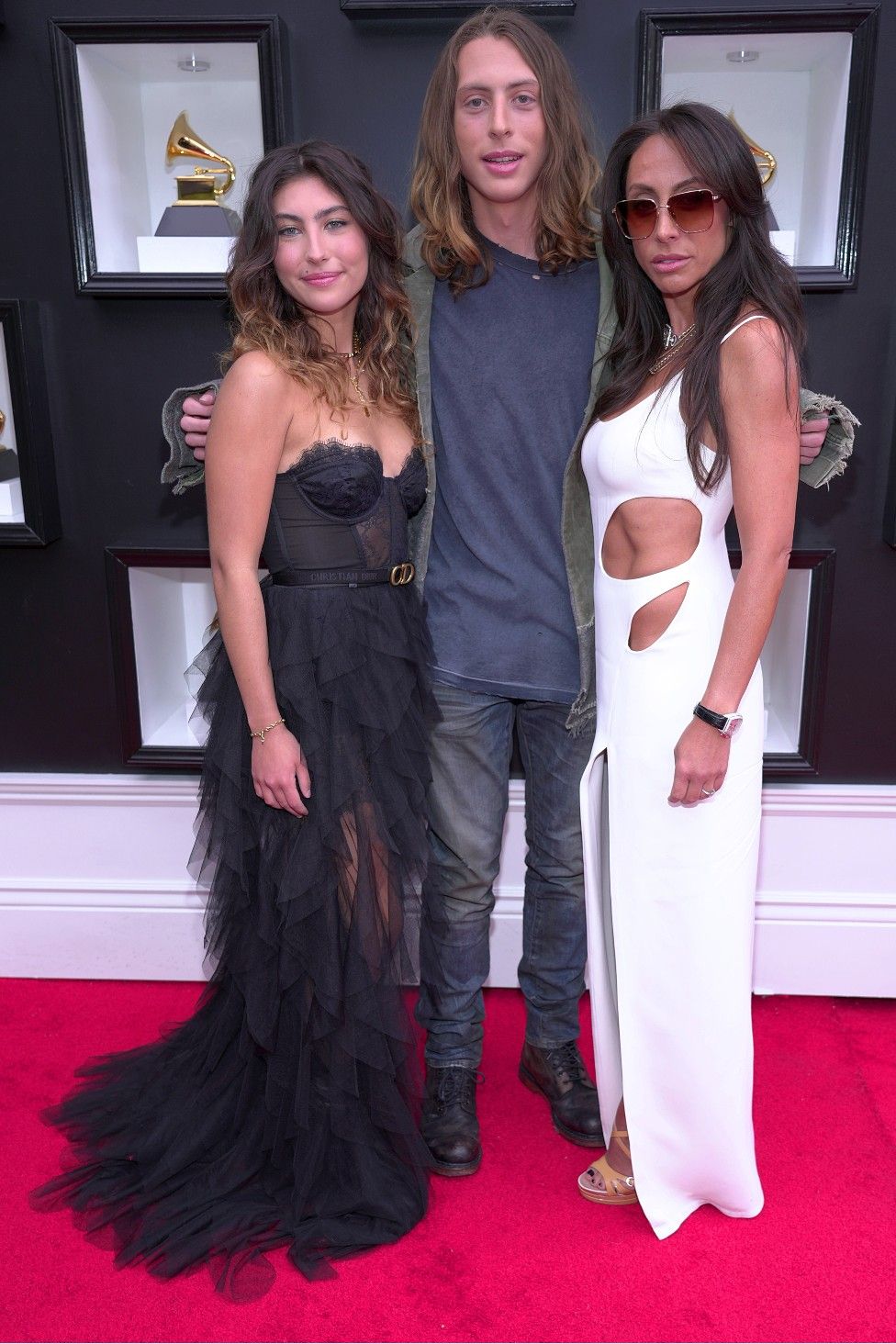 The family of Chris Cornell - children Toni, Christopher and wife Vicky - were all in attendance, after the late Soundgarden rocker received a pair of posthumous nominations, including best rock performance for his cover of Nothing Compares 2 U. 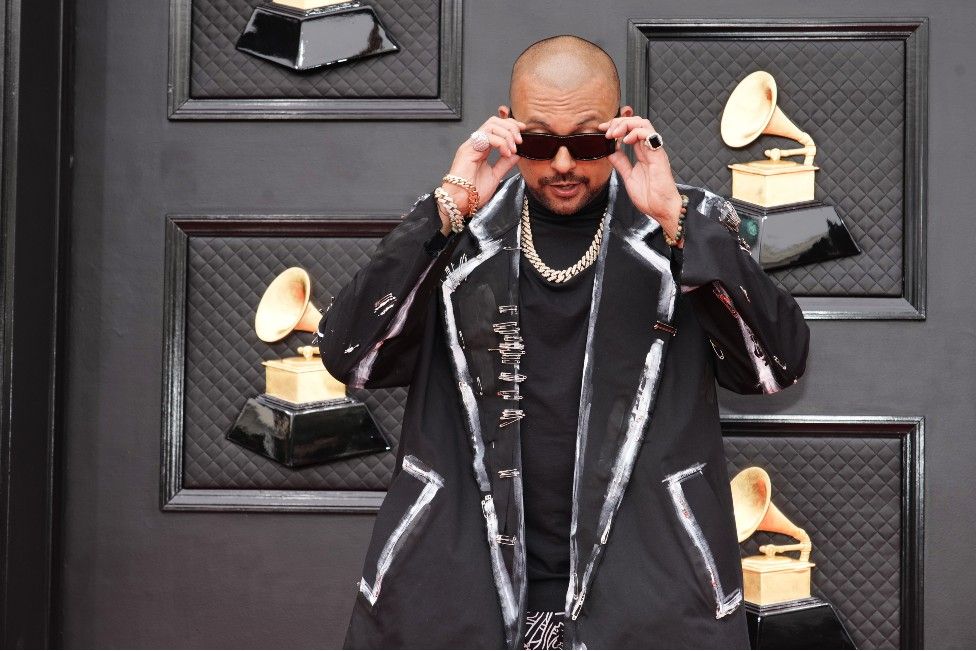 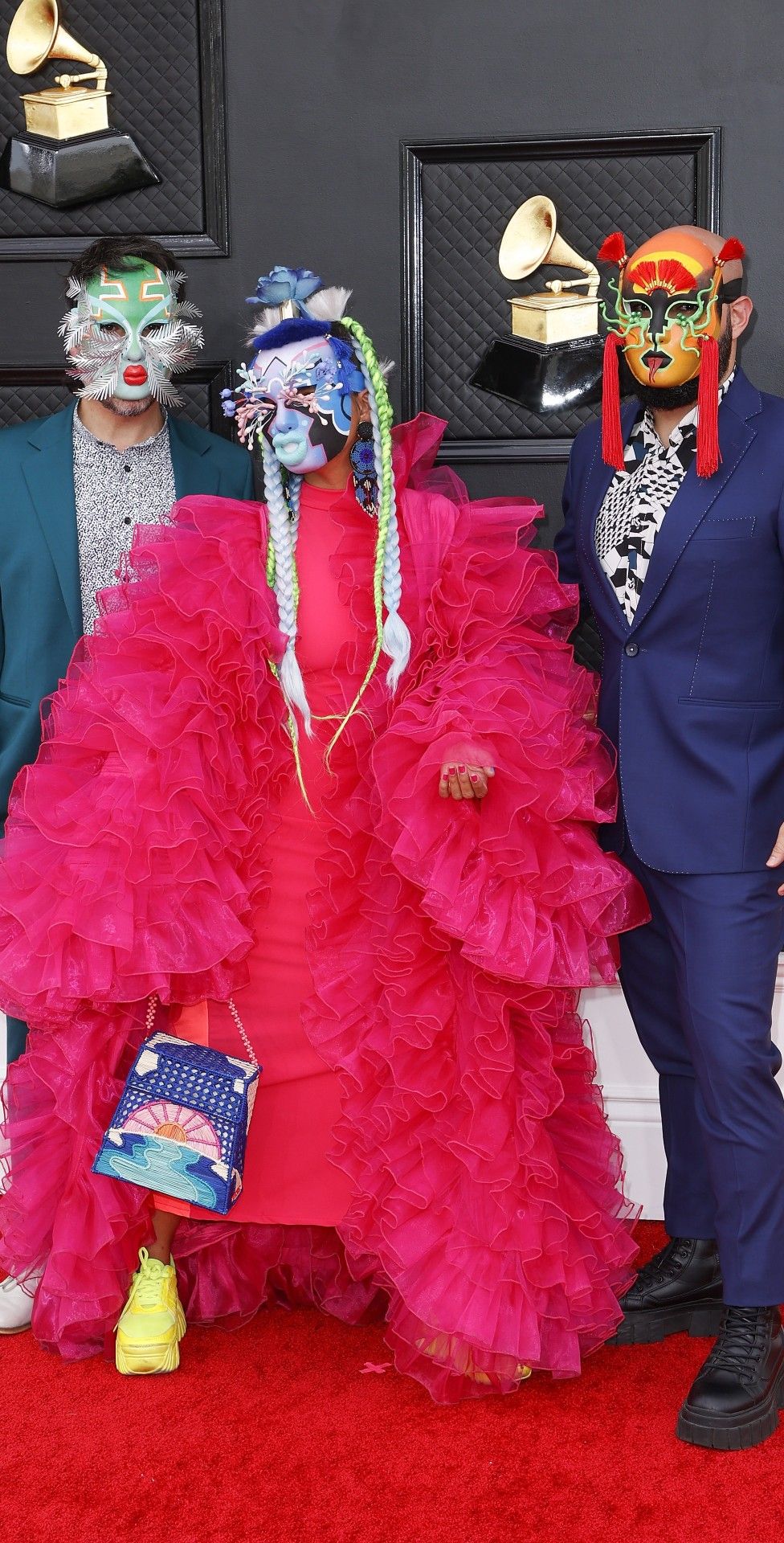