#VGMA20: Song of the Year & Artiste of the Year to be announced in presser - Charterhouse 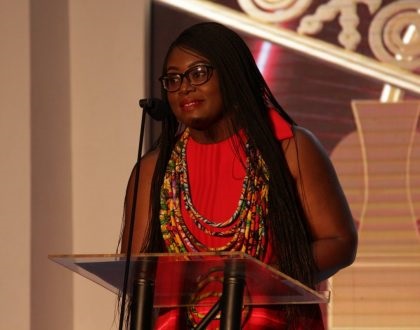 Theresa Ayoade is the CEO of Charterhouse, organisers of the VGMA
Shares

Due to the chaos that marred the Vodafone Ghana Music Awards (VGMA), Charterhouse has decided to announce the winner of the Artiste of the Year and Vodafone Song of the Year award in a later date.

The Artiste of the Year is the topmost award at the VGMA followed by the Song of the Year and is usually announced with a lot of fanfare but everything changed this year after the fight between supporters of fierce rivals Stonebwoy and Shatta Wale.

Kwami Sefa Kayi said the other two awards would be announced a press conference later. This clearly was a disappointment to those in the audience but considering how tempers had flared earlier the organisers perhaps took a prudent decision.

The Artiste of the Decade award for VGMA 2019 went to Sarkodie.