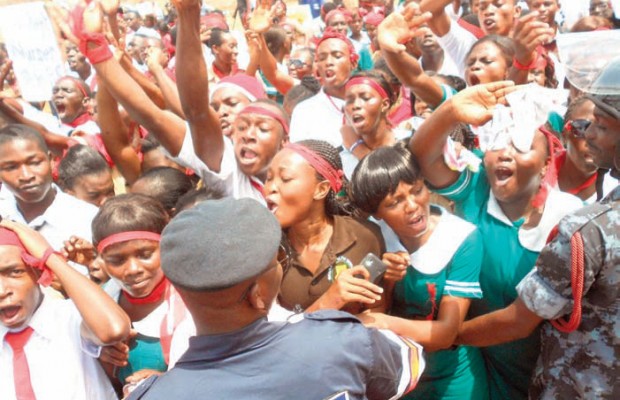 2016 graduate nurses are still at home,Akufo Addo was misinformed-Unemployed nurses

A group of unemployed nurses who completed their training in 2016 say they are still at home and waiting for the government's intervention to employ them and that the President was misinformed.

The graduate nurses disputed the claims by the President that the government has granted financial clearance and recruited more than 14,000 graduate nurses who completed their training in 2016 last year.

On Thursday, February 21, 2019, President Akufo-Addo whilst delivering the 2019 State of the Nation Address said it had recruited over 14,000 graduate nurses who subsequently commenced work on 1st February 2019.

“Government granted financial clearance for the recruitment of eleven thousand, one hundred and eighteen health personnel to increase existing clinical staff. To augment the efforts of clinical staff, in September 2018, the Ministry of Health received further financial clearance to employ fourteen thousand, five hundred and twenty-four Nurse Assistants (Clinical and Preventive). These nurse assistants belong to the tranche that passed their exams in 2016 from Government Health Training Institutions, and have commenced work by 1st February 2019,” Akufo-Addo said.

In an interview with citinews, the President of the Coalition of Allied Health Professionals, Bright Bell, reacting to the claim said nurses who graduated in 2016 have still not been posted.

“We have completed in 2016 and 2017 and we are still at home. So if they talk about arrangements for our junior colleagues to be cleared, then we are at a loss because we are still waiting for our clearance. I think that facts must be laid bare so that we can all understand the situation,”