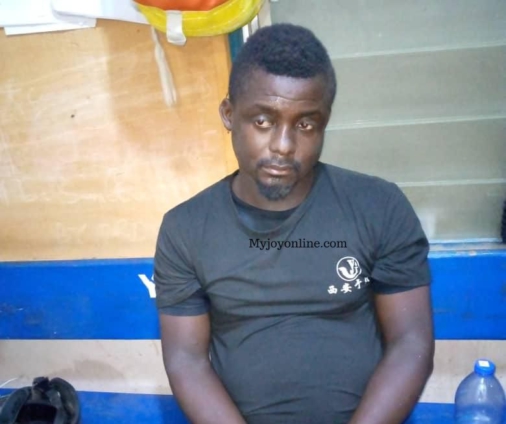 The Director of Electoral Services at the Electoral Commission (EC), Dr Serebour Quaicoe says the 3 months jail term for the Sene West ballot box snatcher is not enough.

39-year-old Christain Nukpeta who is a resident of Tato Bator snatched a ballot box at Sene West in the Bono East Constituency and was arrested and processed for court where he was given a 3 months jail term and a fine.

READ ALSO: Your only option is the court - CDD tells Mahama

Dr Quaicoe speaking on Joy FM's Newsfile said he should have been given the full two years which is stated in the law for persons who snatch ballot boxes.

"I would have wished he was given a two-year sentence, the GHC6,000 fine and ban for 5 years ban from election-related matters not good, he should have been banned for life. His name is already in the register and it can be quarantined, we have the biometric too so once he attempts to register it will not show up so he will be unable to take part in any election as long as the current register is in place"

Appearing before the Techiman Circuit Court presided over by Justice Alexander Graham, the accused pleaded guilty and was sentenced to pay a fine of GH₵3,600 and in default, serve a six months imprisonment term.

In addition, the 39-year-old has been disqualified from voting for the next five years.

The Sene West Constituency Parliamentary seat remains the only outstanding Parliamentary Results yet to be declared by the EC in the just ended General Elections.