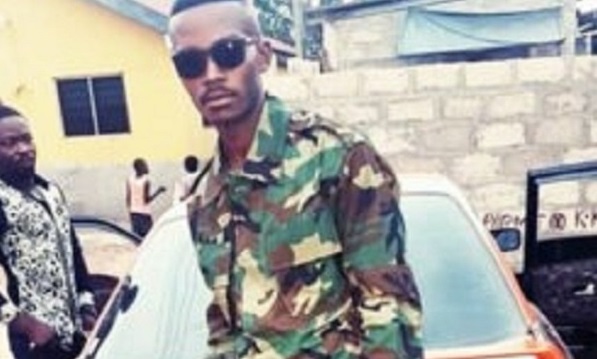 A fake 'military' officer has been arrested by the Obuasi District Police Command.

The 29-year-old unemployed goes about posing as a military officer.

Frederick Kulepe as he is called goes around wearing a military uniform and extorts various sums of monies, thus defrauding mobile phone dealers at Obuasi and surrounding communities. 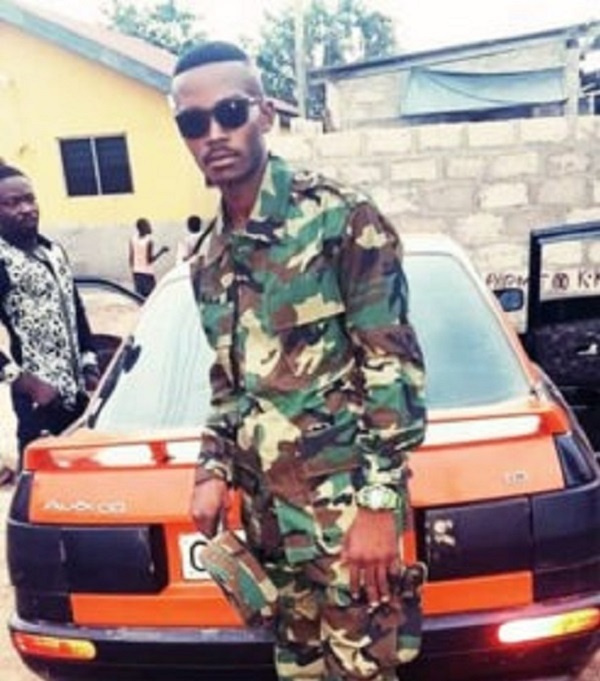 Deputy Superintendent of Police (DSP) Martin Asenso, Obuasi District Police Commander, confirmed that Kulepe was arrested by the Operation Vanguard team after a mobile phone seller lodged a complaint against the suspect. 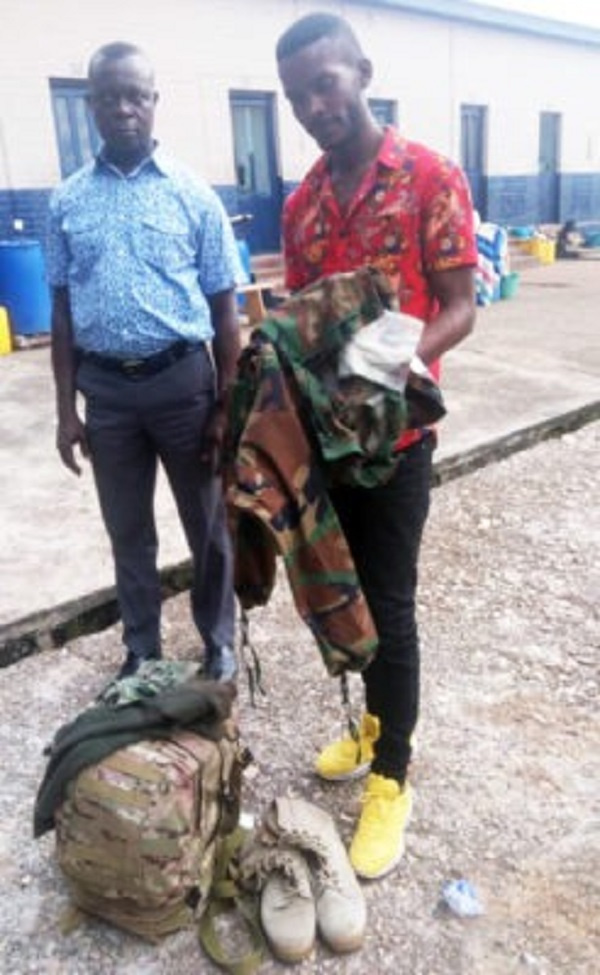 He disclosed that upon interrogation, the suspect could not produce any identity card to confirm his claim to be a military personnel, hence his arrest.

Frederick Kulepe is currently in police custody assisting in investigations.