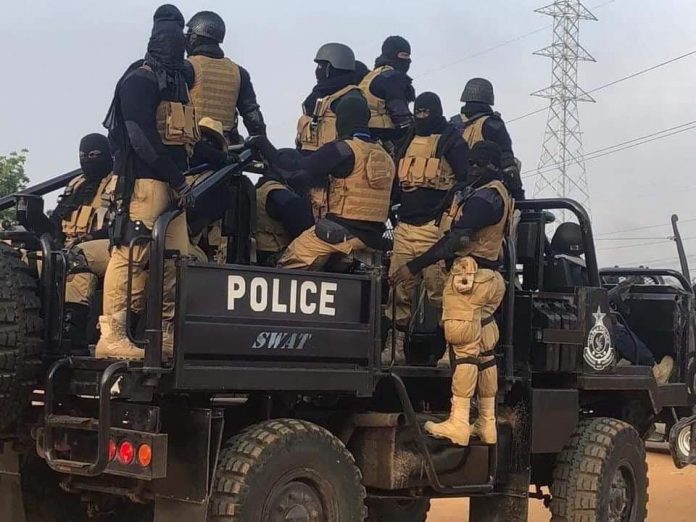 The Emile Short Commission of Inquiry has recommended the dissolution of the SWAT team at the National Security Council Secretariat.

The confidential report in possession of Starrfm.com.gh recommended operatives should be re-assigned to their respective units after disbanding the SWAT team.

“The Commission recommends that the SWAT team of the National Security Council Secretariat should be disbanded and operatives are reassigned as appropriate,” the report recommended.

It added: “The Commission further recommends that support for special operations should be sought from the specialised units of the police directly as and when necessary.”

Also, the Commission recommends “intelligence sharing between relevant agencies where the operation would entail or necessitate inter-agency cooperation” such as by-elections among others.

It further added that the police must be well resourced “so that they can maintain active communication during the entirety of operations. Providing equipment to only the leaders of an operation who cannot be everywhere at once leaves the flank unprotected and this would not inspire confidence in any of them.”

The three-member Commission was tasked to probe the events of the violence which occurred during the Ayawaso-West Wuogon by-election. It started its public hearings at the Christiansborg Castle, Osu, Accra on February 14.

Other members of the commission were Mrs. Henrietta Mensah Bonsu, legal luminary and jurist, and Mr. Patrick K. Acheampong, former Inspector General of Police. Mr. Ernest Kofi Abotsi, former Dean of the Faculty of Law, GIMPA and a private legal practitioner, served as Secretary to the Commission.

The terms of reference of the Commission according to the statement that announced its formation were; to make a full, faithful and impartial inquiry into the circumstances of, and establish the facts leading to, the events and associated violence during the Ayawaso West Wuogon by-election on the 31st day of January 2019; to identify any person responsible for or who has been involved in the events, associated violence and injuries; to inquire into any matter which the Commission considers incidental or reasonably related to the causes of the events and the associated violence and injuries; and to submit within one month its report to the President giving reasons for its findings and recommendations, including appropriate sanctions, if any.