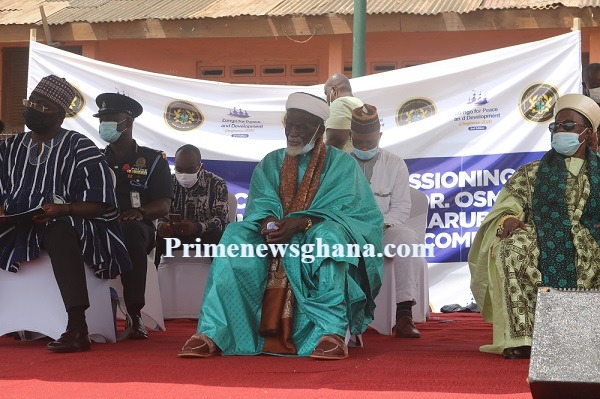 The National Chief Imam, Sheikh Dr Osmanu Nuhu Sharubutu cautioned the youth of New Fadama against violence ahead of the December 7 general elections.

Sheikh Aremeyaw Shaibu, speaking on behalf of the Chief Imam, at the ceremony Zongo for Peace and Development (ZOPAD) organised by Ministry of Zongo and Inner City Development and commissioning of Sheikh Dr Osmanu Nuhu Sharubutu Sports Complex, charged the youth to avoid being used as instruments of violence in the run-up to the general elections.

He advised that when there is peace the community develops and urged the youth not to shed blood in the name of election.

"... into a situation of violence, peace built human community flourishes and thrives on the foundation of peace, peace unites, peace is an expression of God's mercy and compassion, that's foundational to the development and progress of any human community, so, therefore, that is what we cherish.

Sometimes we notice some of the element of our community are drawn in violence, I want to draw the attention of our people it is wrong for you to allow yourself to be reduced into a tool for visiting violence against political opponents.

The life given to you by God has a value higher than what you reduce your life to.

Don't let a single drop of blood drop fall on the surface of our land(Ghana) in the name of election."

Ghana goes to the polls on December 7 to elect the nation’s President and Members Of Parliament.

READ ALSO: We did nothing wrong by publishing full voters’ register on website - EC

The clash, occurred in the course of a health walk by the NDC in the constituency, left some supporters of both parties injured.