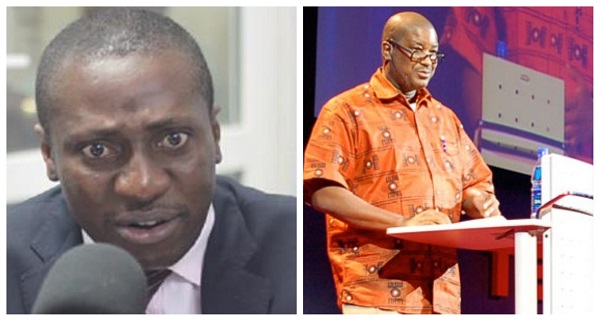 The Ghana Water Company Limited (GWCL) and SOFTtribe will today, December 2, 2019, have a crucial meeting with the aim of finding a resolution to their current impasse.

The two entities dominated the headlines last week after National Security officials raided the offices of SOFTtribe demanding access to the GWCL database.

This ended in a bit of a heated exchange between officials of National Security and SOFTtribe and the former seized phones of the latter.

The meeting is expected to be the way forward for the chaos that surrounded the two entities last week.

Officials of the Ghana Water Company which includes Board Chair Afenyo-Markin, Ing. Dr. Clifford A. Braimah the Managing Director as well as Mr. Herman Chinery-Hesse Chairman of SOFTtribe and Technical Director of SOFTtribe Mr. David Bolton are all expected to be at the meeting.

Some sources say the meeting is expected to bring to a halt the public rants by the two entities but it will not have any effect on the already terminated contract of SOFTtribe by the GWCL.

A day after the National Security raid, Mr. Herman Chinery-Hesse alleged that a very 'powerful' person at the Ghana Water Company Limited (GWCL) attempted to extort money from them but they resisted.

He added that their contract with GWCL was terminated without any reason and he believes that their fierce resistance to attempts by some persons within GWCL to extort money from them is the primary reason.

The GWCL have however brushed off those allegations and Ing. Dr. Clifford A. Braimah the Managing Director of the outfit said SOFTtribe could not fix certain technical issues related to the E-billing system which cost GWCL some monies.

Mr. Braimah added that some staff resigned from SOFTtribe and these were personnel who were vocal in the designing of the E-billing system. This he says affected the company and that created a reduction in the revenue they had previously.

SOFTtribe has accused the GWCL of using their intellectual property and have threatened to take legal action against them if due processes are not followed.

READ ALSO: SOFTtribe E-billing had challenges which they couldn't solve, it cost us so much - GWCL justifies contract cancellation

SOFTtribe was the firm that was running the E-billing system for Ghana Water Company and had been doing this since 2016.