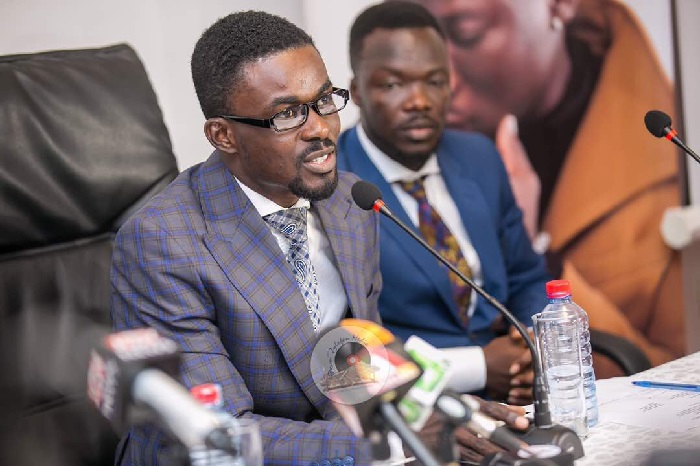 The Chief Executive Officer of Menzgold Ghana Company Limited, Nana Appiah Mensah, has apologised to the Bank of Ghana, BOG for describing them as a ‘joke’.

BoG on Tuesday, 7 August 2018, issued its fourth public notice that it was in discussions with relevant regulatory authorities to sanction Menzgold Company Limited for engaging in “solicitation, receipt of money or investment and the payment of dividends or returns to its clients” even though it does not have a license to do so.

The notice signed by the Secretary to Governor of BoG, Mrs Caroline Otoo, said in spite of several of cautions to Menzgold Ghana Company Limited to desist from the act, it persists in its deposit-taking activity in breach of section 6(1) of the Banks and Specialized Deposit-Taking Institutions Act, 2016 (Act 930).

BoG has, therefore, cautioned the general public that anyone who transacts “any of the above-mentioned businesses with Menzgold Ghana Company Limited does so at his or her own risk”.

But a day after the public notice, the CEO of Menzgold in a Tweet said “TODAY'S JOKE: Bank of Ghana, so now you dey do propaganda? I beg "Tell Ghanaians exactly what happened with the 5 or so collapsed banks you duly LICENSED & SUPERVISED for years. Please don't attempt to use our dear Menzgold to cover-up?. I bmake we think!”

The Menzgold CEO added that "the Bank of Ghana is dishonest, irresponsible and very reckless".

However, after a sober reflection, since his tweet describing BOG warning as a joke went viral, Nana Appiah Mensah today August 14,  tweeted to apologise for his 'mockery' comment.

Owing to the fallible nature of man, i sincerely apologise for my initial reaction to the Bank of Ghana press release. We've engaged & are cooperating with the BoG and other state agencies, to cordially resolve in the interest of our beloved Republic of Ghana.#GhanaShallProsper pic.twitter.com/4m0DpcG6OJ

The meeting between Nana Appiah Mensah and EOCO follows an invitation extended to the Menzgold CEO by the investigative body.