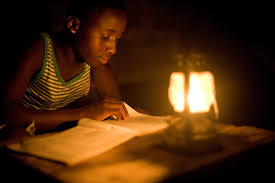 The Minority in Parliament has issued a 24-hour ultimatum to the Energy Minister Jonh Peter Amewu to publish load shedding timetable.

"The cause of this outages is because we do not have fuel, most of the thermal plants in the East are dual-fuel plants and so in the absence of gas, you can convert them to use light crude oil, unfortunately since January 2019, this government and VRA have not been able to procure any light crude oil, and we don't have reserves to power plants in major destruction. Also there is no doubt we are engaged in load shedding. The statement from government said ECG will do regular maintenance work between the hours of 10:am to 5:00 pm but this case we see our lights off in the evening when they are not supposed to do any maintenance work so they are completely two different issues. We have indicated that after 24 hours if the time table is not published we will use the necessary parliamentary processes in accordance with our standing orders".

Power to many parts of Accra has been disrupted from Tuesday, February 25, 2020, as the Electricity Company of Ghana (ECG) begun a planned maintenance exercise.

The exercise, according to the power distributor, is expected to end on Friday, February 28.

Meanwhile, frequent power cuts in parts of the country over the last six weeks is stirring fears that Ghana may be returning to the dreaded period of a persistent, irregular, and unpredictable electric power outage – popularly called ‘dumsor’.

Over the last weeks, Accra and Kumasi have been hit the hardest by the unannounced intermittent power cuts.

The Deputy Minister for Energy William Owuraku Aidoo said the frequent power cuts in parts of the country over the past weeks will ease by the first week of March 2020.

In today’s profiling, our focus is on the Head Coach of the Ghana Under-15s.…