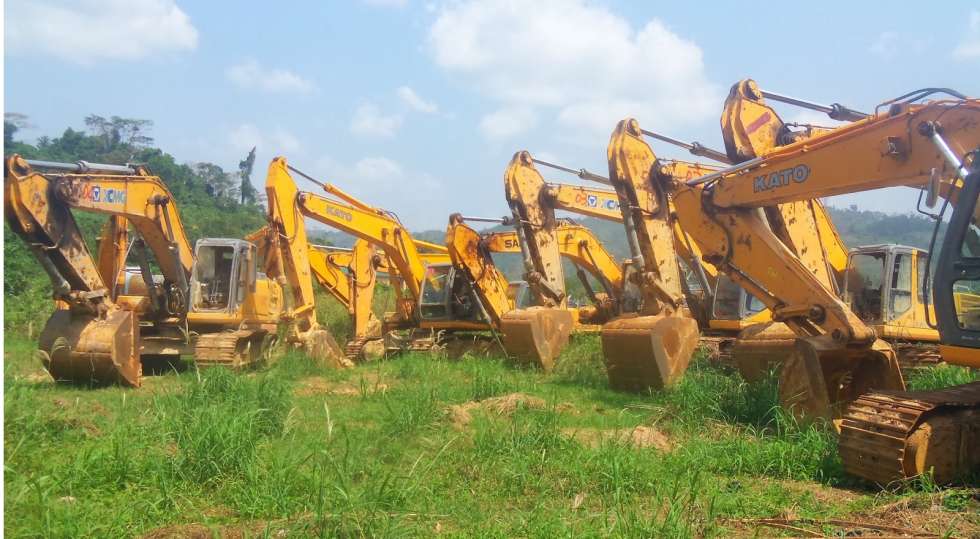 Operation Vanguard the anti-galamsey operation task force have arrested some five persons, three reported to be officials of National Democratic Congress (NDC) and the other two are with the New Patriotic Party (NPP).

The arrest was made at Apramanso in the Akwatia District of the Eastern Region.

Nana Yaw Boadu who is in charge of special monitoring and evacuation of Operation Vanguard told Joy News that they were able to retrieve some twenty excavators as well.

He, however, did not mention the names of the five arrested persons and says investigations have begun into the matter.

"We made some arrest at Apramanso and we were able to allocate 20 excavators and we are preparing to send them to Accra, we also arrested some five people three being NDC members and two with the NPP, because of the investigations I will not give their names at the moment."

"I wouldn't want to be the person to come out and mention their names, the investigations will not take a long time and everything will soon come out".

Me. Boadu said the operations will continue and they will go every length to track down all those involved in illegal mining.

He also disclosed that they are on the trail of some Members of Parliament and in due time Ghanaians will know the details of those been hunted.

Meanwhile, theÂ New Patriotic Party (NPP) today at a press conference said the National Democratic Congress (NDC) should rather commend them for fighting illegal mining galamsey because the latter did nothing about the menace when they were in power.

READ ALSO: The 'galamsey' discussion should not be politicised - Suhuyini

It will be recalled that the NDC recently held a press conference at the banks of the Twifo Praso river in the Central region, showcasing how galamsey activities have destroyed several water bodies in the country.

The NPP did not take that lightly and held a press conference today February 19, 2020, to respond to the NDC.