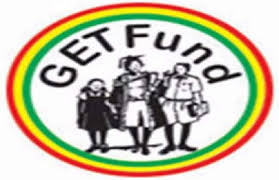 Executive Director of the Africa Education Watch, Kofi Asare has backed calls from a section of the public to review the GETFund law.

A latest Auditor General report found that the scheme gave scholarships meant for needy students to some Members of Parliament and other politically connected individuals.

This development has been received with backlash from the general public, some of whom question the basis on which the said personalities could be described as financially deprived.

READ ALSO: Scholarships not only limited to needy but brilliant students - GETFund

According to him, â€œthe lack of a legislative instrument for the GETFund Secretariat opens it up for political interference.â€

Mr Asare further explained that: The GETFund is set up in the law as a fund manager and has no mandate to administer scholarships, secondly there is the need for a revision of Section 2(2e) of the GETFund Act 2000, Act 581, that is where politicians have abused, if we don't edit that part, they will still abuse itâ€ he spoke to Joy FM.

Meanwhile, Ranking Member on the Education Committee of parliament is also calling for the immediate amendment of the GETFund law to explicitly forbid it from awarding scholarships to individuals who do not qualify as needy but brilliant.

â€œAnytime the formula came out for discussion, I have always called for an amendment to the GETFund laws, specifically a number of the sections. One of the sections is where this award of scholarship falls.

â€œIf you look at Section (B) where GETFund is to do other things, the scholarship is not mentioned for foreign students.â€ Mr. Nortsu-Kotoe said.

The GETFund itself had justified the scholarships claiming the law allows it to fund other activities and programs for the promotion of education.