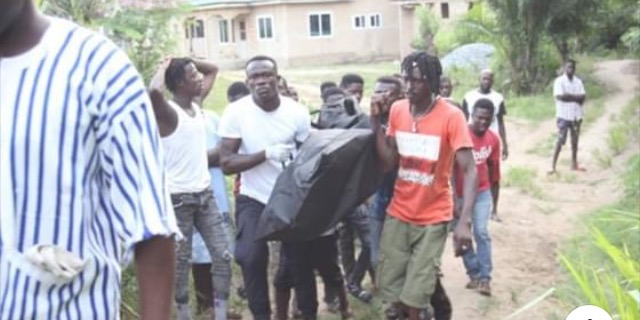 A 22-year-old man has lost his life to drowning in the Densu River while he was trying to impress some ladies.Â

According to the report published by Starrfmonline.com.gh, the incident happened on Monday around 3:30 pm at Densuano, a suburb of New Juaben South Municipality

Information gathered indicates that the deceased went swimming in the river with some ladies but got drowned as he attempted to impress his female friends With swimming skills. The female friends reportedly took to their heels noticing the incident.

The Densuano stretch of the Densu River has been turned into a beach where many swim hence incidents of drowning are rarely recorded.

Yaw Kyei, who claims to be relative to the deceased told Starr News the deceased did not have swimming skills hence shocked he went to swim at a time the water level was high as a result of the heavy downpours being recorded in parts of the region.

The body of the deceased has been retrieved and deposited in the morgue while investigations continue.Â

â€My wife refused to suck my nipples, she calls me gayâ€