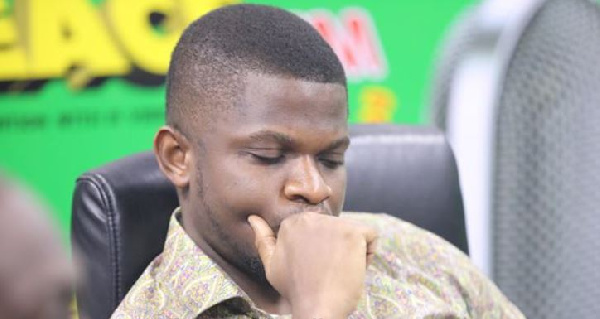 Sammy Gyamfi is the Communications Director for the NDC and has been making comments which Freddie Blay describes as 'reckless'.

Mr Blay believes his recent comments where he urged NDC supporters to defend themselves if they feel threatened by alleged NPP thugs is out of place.

He says such comments inflame passion and create needless anxiety among supporters of the two leading political parties.

Freddie says the NDC supporters should not heed to his instructions and rather launch a complaint to the police whenever they feel threatened.

"In Atiwa, for instance, a car was driven on the leg of an NPP member, they wanted to react but I told them to use the right channel and lodge a complaint and that is what everyone must do. The NDC should be careful and help Sammy Gyamfi because he has even gone to the extent of threatening to sack security officers. This is not the time to do this. I will advise the leadership of the NDC to talk to the young man and also caution their men, we will do same too".

Speaking at a media encounter in Accra on Wednesday, July 22, 2020, Sammy Gyamfi said the NDC cannot continue to tolerate the acts of violence going on against their members.

He, therefore, urged its members and supporters to defend and protect themselves when they are met with violence as they go about their lives.

“Comrades who are listening to us this afternoon, do not sit aloof and allow these cowards and criminals to beat you and even kill you,” Sammy Gyamfi said.

Sammy Gyamfi also indicated that security officials who he accused were in bed with the President will be mercilessly dealt with when the NDC comes into power.