African footballers who are not famous as their brothers 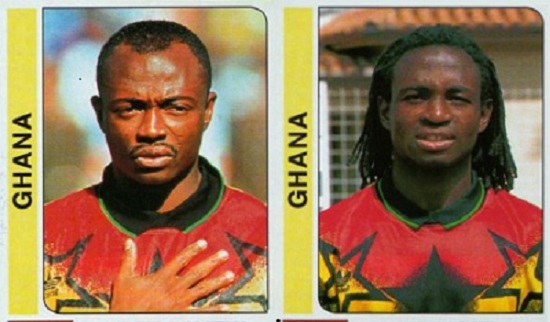 African footballers who are not famous as their brother

We are all very familiar with famous footballing siblings such as the Nevilles (Gary and Phil), Militos (Diego and Gabriel) and the De Boers (Frank and Ronald) who have left a strong mark in the minds of football fans but there are also families where siblings enjoyed varying levels of success.

Below we look at some of the players who are not famous as their siblings. 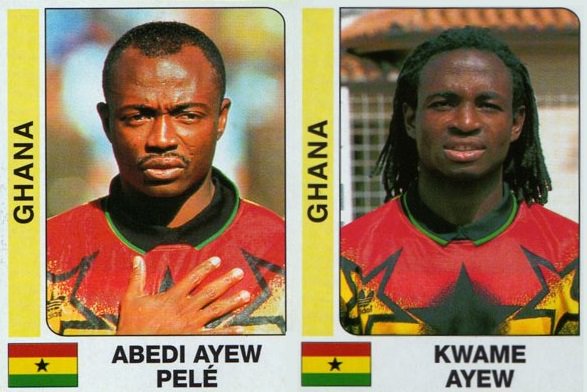 Abedi Pele served as captain of the Ghana national team in his prime. He is regarded as one of the greatest African footballers of all-time. He played for several European clubs and found his fame in the French Ligue 1 with Lille and Marseille, the latter where he won the UEFA Champions League in 1993 and was named the “Man of the Match".

Pele received many coveted awards – awards which every footballer hopes to receive at one point or the other in their footballing career. He was among the first African football players to earn a high placing in World Player of the Year for FIFA that was voted in 1991 and in 1992. He is perhaps the continent’s most honoured and decorated soccer player ever, bagging the African Player of the Year Award 3 times by the French Football Magazine.

Besides, he was the first winner of the BBC African Sports Star of the Year in 1992, and as well as the corresponding CAF award two times. In addition, Abedi Pele was awarded the golden ball award for being the most prominent player at the 1992 African Nations Cup.

Kwame Ayew, however, lived in the shadow of his brother. During nearly 20 years he played professionally in six countries, mainly in Portugal where he appeared for four teams in the 90s, amassing Primeira Liga totals of 131 games and 51 goals over the course of six seasons.

Ayew was a member of the Ghana national team that won the bronze medal at the 1992 Summer Olympics in Barcelona, scoring six goals in as many games. In total, he won 25 senior caps.

Andre Ayew came to the limelight very early and his remarkable 2009 achievement with Ghana's U-20 side cannot be forgotten. His success with Swansea propelled a record-breaking £20m move to West Ham United. The 28-year old is a key cog of the senior national team and the deputy captain.

Jordan Ayew, however, has not reached the height of his fellow brother but he followed his footsteps and moved to Swansea where he was crown the player of the last season even though the team went to relegation. Jordan is also a member of the Black Stars.

Didier’s younger brother was a striker by trade but not in the same league as his brother. Joel played for Metz, Le Mans, before playing for St. Pauli, Becamex Binh Duong, NK Zagreb, and Leyton Orient. Joel signed for Metalurh Donetsk in Ukraine in 2007 but left the following year.

Didier made his professional debut for Ligue 3 club Levallois SC before moving to Marseille in 2003. Didier also had spells in the Chinese Super League, the Turkish Super Lig, and the Major League Soccer.

Between 2002 and 2014, Drogba captained the Ivorian national team and is the nation’s all-time top goalscorer with 66 goals from 105 appearances. He has been named African player of the year twice in 2006 and 2009.

Victor Wanyama made history when he became the first Kenyan ever to be signed by an English Premier League team when he joined Southampton from Glasgow Celtic. Following his superb performances for Southampton, Wanyama moved to Tottenham Hotspur for a fee of £11 million in 2016.

Victor started off his senior career with Beerschot AC in Belgian Pro League. After three seasons with the Belgian outfit, Victor completed a move to Scottish Premier League giants Celtic. Over the course of two seasons, Victor made over 60 appearances. The midfielder has 50 International caps to his name and has been captaining the Harambee Stars since 2013.

Victor’s younger brother, Thomas Wanyama hasn’t enjoyed the same level of success. Thomas started off his career with Nairobi City Stars before moving on to Sofapaka and then to Mathare United in Kenyan Premier League. He has two International caps to his name.

John Obi Mikel, perhaps Nigeria’s most recognisable player, had a glittering career for both club and country. Mikel shot into fame at the 2005 FIFA U-20 World Cup, when he helped Nigeria march all the way to the final before being upstaged by Argentina.

Such was his impact at FIFA U-20 World Cup, that both Chelsea and Manchester United were desperate to add the midfielder to their roster. What followed was a lengthy transfer saga between the two clubs. The legal wrangle was finally sorted out with Chelsea settling the dispute with rivals United to the tune of a £12m compensation pay-out. Mikel's move to Chelsea was certainly vindicated.

During his 11-year career with the Blues, he won just about every major honour including two Premier League crowns and the UEFA Champions League in 2012. For the country, John helped Nigeria lift the 2013 African Cup of Nations and also starred for them at Brazil 2014 and Russia 2018 World Cup.

However, very few people know about John’s elder brother, Ebele Obi. Ebele, a goalkeeper by trade has not enjoyed the same level of success as his younger brother. He has played in the local league in Nigeria for Rangers International FC of Enugu, before moving to Heartland Football Club of Owerri where he helped them to a Nigeria Premier League title.

David Eto’o joined Real Mallorca at a tender age of 16, but after failing to impress became more of a journeyman. David’s career had many stops in countries like Spain, France, Switzerland, Ukraine, Greece, Slovenia and Cameroon. Samuel's brother played for 16 different teams, never quite reaching the status of his illustrious elder brother. 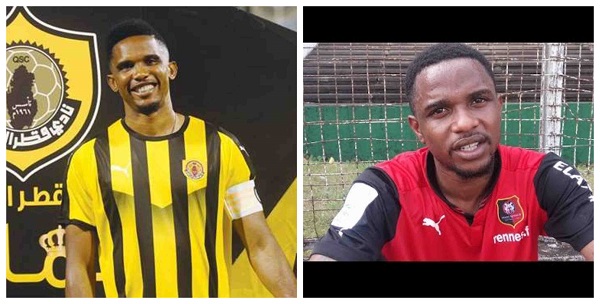 David Eto’o joined Real Mallorca at a tender age of 16, but after failing to impress became more of a journeyman. David’s career had many stops in countries like Spain, France, Switzerland, Ukraine, Greece, Slovenia and Cameroon. Samuel's brother played for 16 different teams, never quite reaching the status of his illustrious elder brother.

Samuel Eto'o on the other hand has enjoyed a phenomenal career in the top echelons of European football. A four-time African footballer of the year, Samuel is the only player to have completed European trebles (League, Cup and UEFA Champions League) in consecutive seasons, first with Barcelona in 2008-9 before repeating the feat with Inter Milan in 2009-10.

After his trophy-laden spell at Barcelona and Inter, Samuel has plied his trade in Russia, England, Turkey, and Qatar. He's also Cameroon’s record goalscorer with 56 goals in 118 appearances and the leading scorer in the history of the Africa Cup of Nations with 18 goals.

What you need to know about new WWE Champion Kofi Kingston