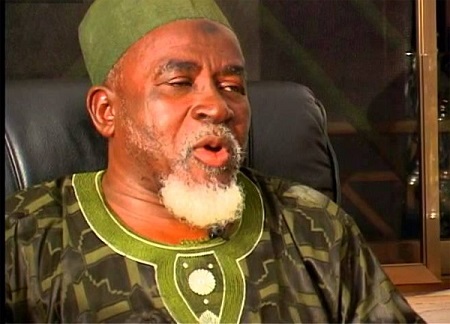 Alhaji Grusah has revealed that he is ready to sell off his share in his beloved club Kumasi King Faisal to any potential buyer.

According to the experienced football administrator, although he is ready to let to go of King Faisal, he would need the potential buyer to maintain the club's name in his honour.

“I’m ready to release King Faisal outright to any investor but my only plea to any potential buyer will be that he shouldn’t rename the club just in honouring me,” he told Kumasi FM.

READ ALSO: "We are back in the Premier League" - Great Olympics announces their return on Twitter ...

At the Extra-Ordinary Congress held on Friday, October 25 at the College of Physicians and Surgeons, 64 of the 120 delegates to approve of the decision for Great Olympics and King Faisal to partake in the 2019/20 Ghana Premier League.

Grusah has welcomed King Faisal's reinstatement in the League but he is thinking of changing the club's venue from the Baba Yara Sports Stadium because of gate proceeds.

“We are considering relocating the club from Kumasi. We can’t continuously play in Kumasi whiles we gross GHC6 from our games,”

“I was born and bred in Kumasi but the people of Kumasi has neglected King Faisal even in our prime days.”