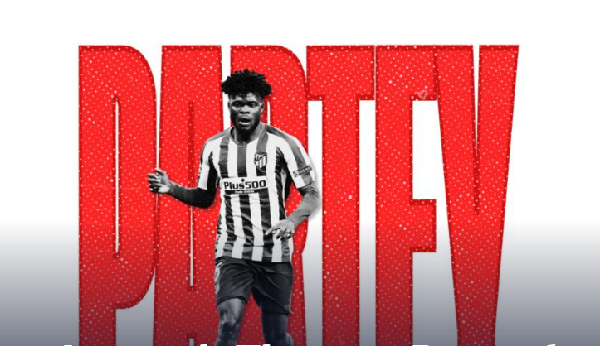 The London club on the transfer deadline day completed the signing of the midfielder after paying his 50m euros (£45.3m) release clause.

The 27-year-old who has been a priority signing for Arsenal this summer put pen to paper on a 5-year contract until 2025 on Monday.

Mikel Arteta who is happy with the acquisition of the midfielder said 'high-quality' Partey brings a worth of experience to his outfit.

"We have been watching Thomas for a while, so we're now delighted to add such a high-quality player to our squad," he said.

Thomas Partey played 188 times for Atletico after joining the club in 2011.

The midfielder made 35 league appearances and scored three goals for Diego Simeone's side as they finished third in La Liga last season.

Partey, who has 29 international caps, will wear the No 18 shirt at this new club.