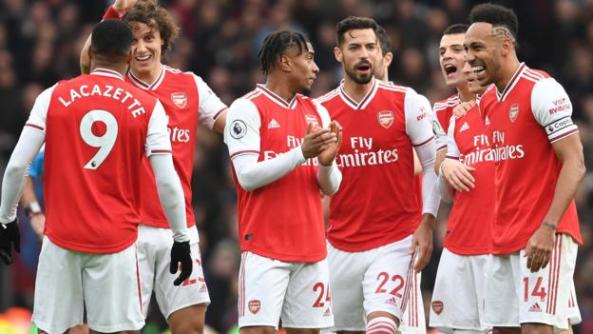 ArsenalÂ players and staff haveÂ agreed a 12.5 per cent pay cut to â€œhelp cover some of the financial risksâ€ posed by theÂ coronavirusÂ pandemic.

The agreement was struck after a fortnight of protracted negotiations between the first-team squad and the clubâ€™s hierarchy, with staff told on a call on Monday before the official announcement.

The Gunners confirmed last week that they are not planning to utilise the governmentâ€™s furlough scheme and outlined their intention to pay staff in full during this uncertain period, while extending casual employeesâ€™ wages until the end of May.

In a statement, the club said: â€œWe are pleased to announce that we have reached a voluntary agreement with our first-team players, head coach and core coaching staff to help support the club at this critical time.

â€œThe move follows positive and constructive discussions.Â In these conversations there has been a clear appreciation of the gravity of the current situation caused by the Covid-19 pandemic and a strong desire for players and staff to show their backing for the Arsenal family.

â€œReductions of total annual earnings by 12.5 per cent will come into effect this month, with the contractual paperwork being completed in the coming days. If we meet specific targets in the seasons ahead, primarily linked to success on the pitch, the club will repay agreed amounts.Â We will be able to make those repayments as hitting these targets, which the players can directly influence, will mean our financial position will be stronger.

â€œThe agreement is based on the assumption we will finish the season 2019/20 and receive the full broadcasting revenues. The resulting savings will help cover some of the financial risks we have this season in relation to our matchday and commercial income.â€

The clubâ€™s executive team have voluntarily waived more than a third of their earnings over the next year to cope with what they called â€œone of the most challenging periods in our near 134-year history.â€

Arsenalâ€™s annual wage bill is in the region of Â£230m, which will now be significantly reduced.

How the move will impact contract negotiations with the likes of first-team stars Pierre-Emerick Aubameyang remains unclear.