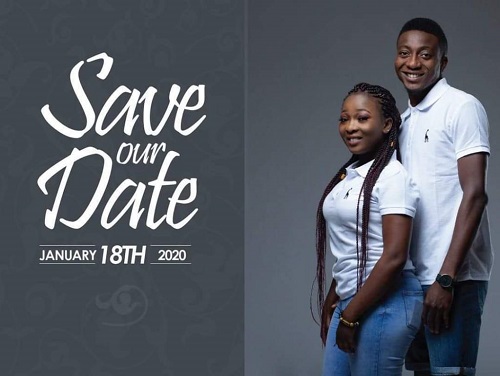 The pair, who have been dating for many years and will finally walk down the isle.

The venue of the wedding ceremony is yet to be disclosed.Â

Meanwhile, Felix Annan has been in the news lately after it is reported that he wants a pay hikeÂ before signing a fresh contract.

According to journalist Bright Kamkam Boadu, the stopper is demanding $1200 dollars before inking a free deal with the Porcupines which will see him on the same wavelength with Ugandan import George Abege.

Annan's current contract with the Kumasi-based club is set to expire this month.

Felix Annan has remained a key figure for the Porcupine Warriors for the past seasons which earned him the captaincy role after Amos Frimpong left the club to join AS Koloum in Guinea.
Â
Annan is currently a key member of the senior national team of Ghana where he was part of the Ghana squad for the 2019 Africa Cup of Nations staged in Egypt.
Â
He has resumed training ahead of the upcoming season after suffering an injury.
Â
Â