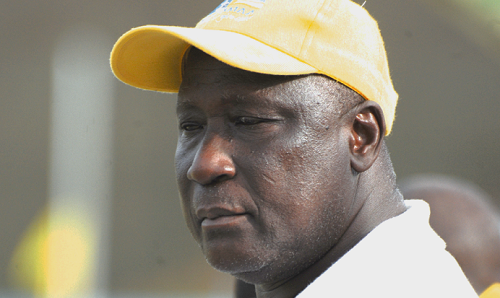 Ghanaian trainer Bashiru Hayford has spoken for the first time on his resignation rumour.

According to media reports, Bashiru has resigned from his position as the Head Coach of the Somalia National Team.

Speaking to Kumasi based Nhyira FM, the former Black Queens coach said contrary to media reports that he stepped down from his position asÂ Ocean Stars head coach, he disclosed that his contract had rather elapsed.

"It is never true I have quit Somalia's job but my contract has rather expired. The contract between me and them came to an end in Dec 2019. There was an option to extend it for another year but I considered the political situation over there.Â

"I have not written any letter to them but they know because of the political situation there I will not return."

Bashiru Hayford took up the Somalia National Team job in March 2019 and he historically led the country to beat Zimbabwe in the 2022 Qatar FIFA World Cup Qualifier in November 2019- the countryâ€™s first competitive victory in 35 years.

The experienced trainer left for Somalia with an enviable CV having won two Ghana Premier League titles with Asante Kotoko in 2007/2008 and Ashantigold SC in 2014/2015 season.

Meanwhile, Bashiru Hayford says his service is available to take charge of a team in the 2019/20 Ghana Premier League.
READ ALSO:Â "Finally, some people will see that; All That Glitters Is Gold" - Legon Cities taunts Olympics ahead of clash
Â