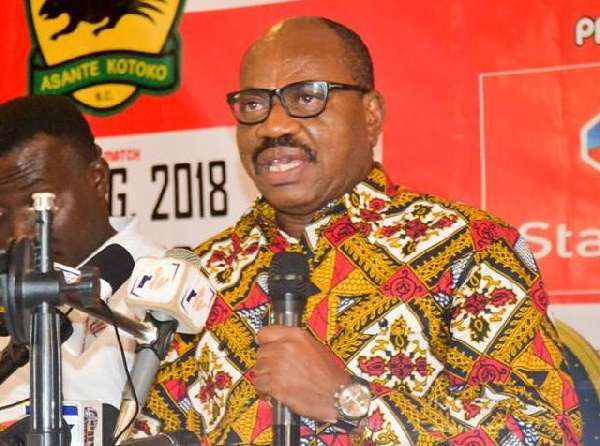 Immediate past Asante Kotoko Chief Executive Officer George Amoako has reacted to reports linking him with the King Faisal job.

King Faisal are in search of a new CEO, bankroller Alhaji Abdul Karim Grusah has confirmed.

In a recent interview, Grusah announced that the Kumasi based club will re-hire the veteran administrator to help their stay in the Ghana top-flight.

''Immediate past Asante Kotoko CEO Mr George Amoako will join King Faisal FC as the club's new CEO for the next season campaign. Talks are ongoing and I can tell you he will join us very soon,'' Grusah told Ashh FM Sports.

Reacting to the matter, Amoako who worked with King Faisal in 2003 hinted that he is close to joining the them.

"Yes it's true there are negotiations ongoing but not concluded yet. I will love to join another Ashanti Team, don't forget I have been there before and it looks like am tilted towards there but we are yet to firm it," he told Oyerepa FM.

George Amoako worked for the Porcupine Warriors for the past 2 years before he was recently relieved of his post by the club’s new board of directors who have been appointed by Manhyia to serve as the highest decision making body of the club.