Kissi Boateng reveals why he snubbed Kotoko for Chelsea transfer 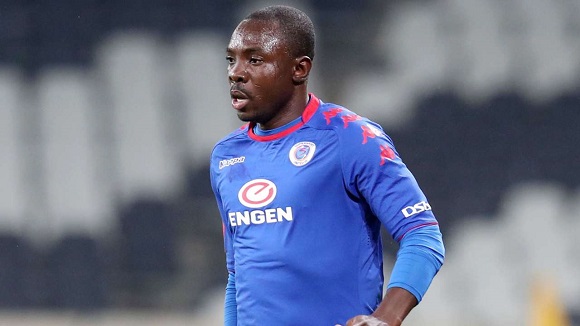 The defender has revealed a conversation with Mr. Kyeremeh convinced him to reject a move to the Porcupines and join Chelsea.

The former 31-year-old added that the offer presented by Chelsea was too good to turn down.

“I had a meeting with Asante Kotoko, that was the tenure in which Dr. KK Sarpong was the Chairman of Asante Kotoko. We met him at his house at Dzorwulu," he told Ashh FM.

“In life, I had to value what would help me. I felt the privilege Berekum Chelsea gave me was bigger than that of Asante Kotoko. Berekum Chelsea meant business than Kotoko," he added.

“Berekum Chelsea offered me a lot of money compared to Asante Kotoko,"

The left-back who won laurels with the Berekum based club said he has no regret over his switch to Chelsea. Kissi Boateng left Chelsea for Congolese giants TP Mazembe in 2013.

"Also, it seemed Asante Kotoko felt they were doing me a favor. Mr. Kyeremeh and Berekum Chelsea had chased me for 3 solid years. With my first appearance with Mr. Kyeremeh. He really showed me, love,"

"God being so good I played for Berekum Chelsea, I helped them go to Africa and also had a beautiful contract to go and play for TP Mazembe,"

"I never regret not playing for Asante Kotoko," he concluded.