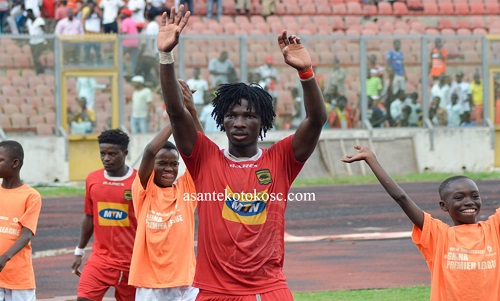 Asante Kotoko have agreed to sell Songne Yacouba if the club receives an offer too good to turn down.

The news comes after management of the club decided to release their most prized asset to interested clubs and should they receive a good offer.

According to Oyerepa FM, the Burkinabe import has received offers from Europe with clubs in the French League leading the pack.

Yacouba is nursing an injury he picked up during the Porcupine Warriors Africa Campaign.

He was one of the standout players in coach Charles Kwablan Akonnor's side in the 2019 CAF Confederation Cup campaign, where he scored two goals, provided 5assists in nine appearances.

The 27-year-old marked his debut for the Stallions in an international friendly against Kazakhstan, climbing off the bench in their 0-0 draw at the Ortaliq stadium on May 12, 2015.

He also played in friendlies against Benin home and away.