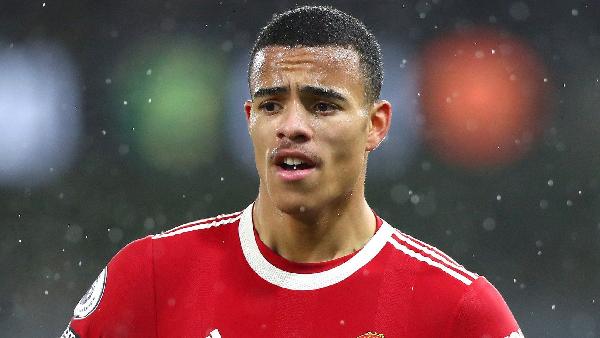 Manchester United's Mason Greenwood has been released on bail after being charged with attempted rape.

The 21-year-old was also charged with assault and repeatedly engaging in controlling and coercive behaviour.

He was arrested in January amid allegations surrounding images and videos that emerged online.

The footballer, from Bowdon in Greater Manchester, will be released from custody following a private hearing at Manchester Minshull Street Crown Court.

He had been remanded in custody after appearing at Manchester and Salford Magistrates' Court on Monday.

A spokesman for the court confirmed bail had been granted with conditions not to contact witnesses, including the complainant, and to reside at an address in Bowdon.

Mr Greenwood did not appear for the short hearing.

He had been on bail since January, but was re-arrested in Trafford on Saturday for an alleged breach of the conditions.

All three charges relate to the same woman.

The attempted rape is alleged to have taken place in October 2021.

The controlling and coercive behaviour relates to a period between November 2018 and October 2022, where he is alleged to have made threatening and derogatory comments towards the complainant, as well as accessing and monitoring her social media accounts.

The charge of assault occasioning actual bodily harm is said to have taken place in December 2021.

Within hours of the allegations surfacing online at the beginning of the year, the forward, who has made one appearance for England, was suspended from playing or training with the Old Trafford club.