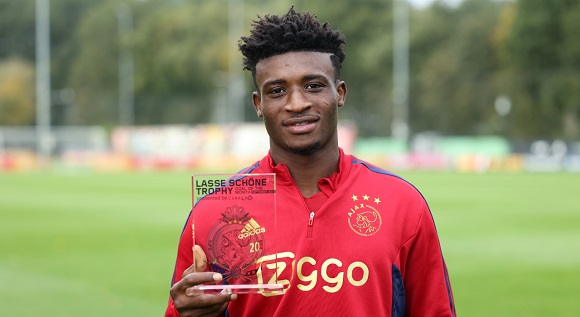 Black Stars midfielder, Mohammed Kudus has won Ajax goal of the month for September for his sensational strike against Liverpool in the UEFA Champions League.

Kudus scored the equaliser for Ajax in that group game on September 13, before Liverpool eventually won the game 2-1.

Kudus received the Lasse Schöne prize ahead of Wednesday’s trip to Napoli in the Champions League.

“It was one hell of a strike. Thanks to everyone who voted for me. It’s an inspiration for me and I keep working hard,” Mohammed Kudus said.

He now has eight goals in an Ajax shirt this season and looks to add more goals to his list.

'One hell of a strike'#GoalOfTheMonth ➦ Kudus 🚀