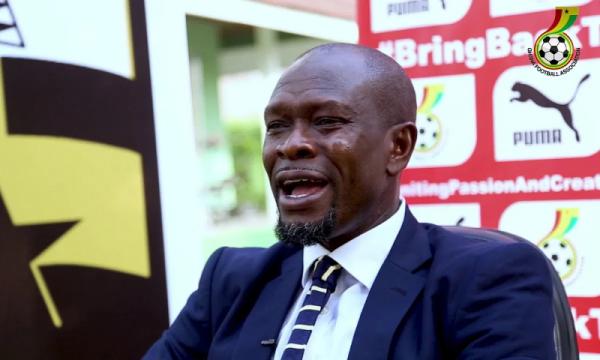 Get to know more about CK Akonnor coach of the Ghana senior national team, Black Stars.

Charles Kwablan Akonnor hails from Ningo Prampram in the Greater Accra Region of Ghana but he was born at Nungua, a suburb of Accra on March 12, 1974.

He had his Basic/Junior High School education at Nungua Primary School and proceeded to the Nungua Presbyterian Secondary (Senior High) School for his secondary education.

During his school days, he was an integral member of his school team. Akonnor represented his school in Juvenile Championships and other Inter-Collages games before he was spotted by Obuasi Goldfields, helping him to pursue an active career in football.

He was a unifier wherever he found himself during his playing days, as well as helping to accelerate team goals. With this strong character, he achieved a lot on the field of play.

Akonnor was spotted at a very young age when he graduated straight from colts to join former Premier League giants Okwahu United in 1988.

ACHIEVEMENTS AS A PLAYER

READ ALSO: I will not call players based on their names - CK Akonnor ...

CK Akonnor is a well-organized team player, detail-oriented and a man who is able to handle multiple tasks with nine years coaching experience.

He is a perfectionist and always wants to achieve the best out of the lot, an achiever who fears less in taking risks. He ventured into football coaching right after his professional career and holds CAF Coaching License ‘A’ and UEFA Coaching License ‘C’ and ‘B’.

Here are teams he has managed and achievements as a coach:

ACHIEVEMENT AS A COACH

- Guided Asante Kotoko to qualify for the 2019/20 CAF Champions League.

READ ALSO:  CK Akonnor knows what to do to succeed as Black Stars coach - Ex-Ghana star ...

CK Akonnor has over the years built an excellent interpersonal relationship with the sporting world, very cooperative and easy to work with, fluent in the German, Dutch and English languages. He has served as a special appointee in various capacities;