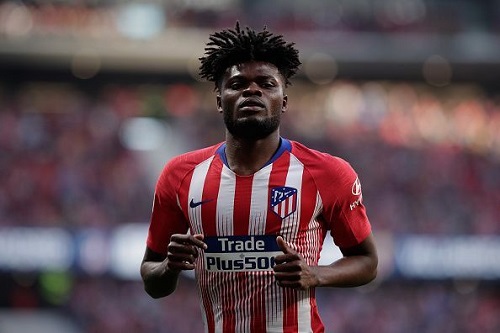 Atletico Madrid midfielder Thomas Partey has quelled rumours surrounding his future by insisting he has no plans of leaving the club.

The 25-year-old has been a key part to Diego Simeone’s side this season, making 26 La Liga appearances for Los Rojiblancos, scoring three goals and providing three assists, while providing a physical and energetic presence to the midfield has attracted interest from several clubs across Europe.

Manchester United, Manchester City and Real Madrid are all interested in the Ghana international to supplement their squad ahead of the 2019/2020.

However, the former Tema Youth star who has a €50 million (£43m) release clause in his deal with Atletico Madrid which runs until 2023 admits he would be reluctant to leave Diego Simeone’s side.

‘I’ve grown up in Atleti and I am sure I will stay here,’ Partey told Cadena COPE.

‘I don’t know of another place that will understand how I play like they do here.’

Black Stars to give up 10% bonuses - Report