We have not signed Don Bortey - Great Olympics coach 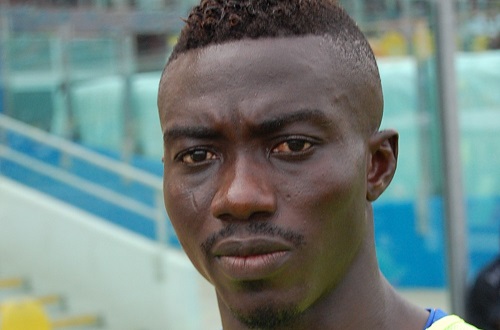 Great Olympics coach Isaac Nii Armah has confirmed that his outfit has not secured the services of Bernard Don Bortey ahead of the new season.

Media reports went rife the "Oly Dade" boys have added the former Hearts of Oak attacker to their fold ahead of the upcoming season.

The Accra-based club have recruited players to beef up their team as the League commence on the weekend of 27-29 December 2019 at match venues across the country.

However, the tactician of the Great Olympics, Isaac Nii Armah has rubbished reports of the 2002 Ghana Premier League joint goal king among the recruited players.

"I can confirm that we have not signed Don Bortey, my outfit have signed Emmanuel Clottey, Godfred Saka and we are negotiation with 2 more players."

He added "Clottey has vast experience and I won't be surprised if he gains a call-up to the national team when the League resumes.

"Saka with his crosses and freekicks will be very important because of the way we want to play and we needed such a player to join us."

Great Olympics have been reinstated into the Ghana Premier League for the upcoming season following a decision by the Congress of the GFA held on October 25. According to their coach, his outfit is preparing feverishly to finish in the top 4.

"Our worse performance in the upcoming league will be a top 4 finish."

Meanwhile, Great Olympics are set to play a friendly match against Dreams FC. The match will be played at the Vision FC Arena at Amrahia on Sunday, December 1 at 3:00 pm.