Sixteen people were at Patapaa’s show not three -Tour manager 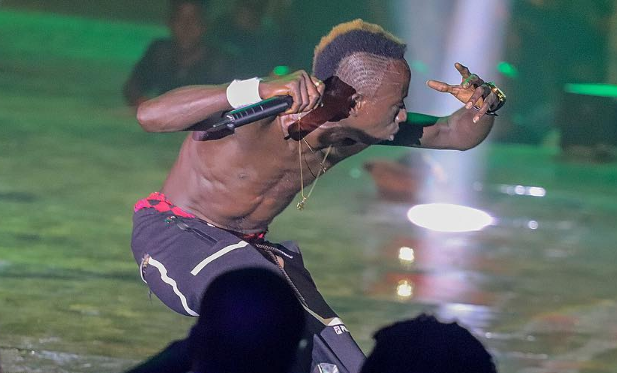 Chief Executive Officer of Young Mission Entertainment, Nana Yaw Amoako has revealed that sixteen people were present at Patapaa's show in Norway and not three as was speculated by the media.

The 'One Corner' hitmaker was teased on social media when he posted a video of himself performing to a huge crowd of 3 in the Norwegian capital of Oslo.

Patapaa returned from his Europe tour not too long ago and refused to grant the media any interview at the airport because his promoters, Mr Amoako and others, disappointed him by not paying him fully.

Describing the attendance as an eyesore, the tour manager, said due to the low patronage, the promoter was likely not to pay them.

Speaking on Hitz FM, he said “there was no contract with Patapaa and the Norway promoter, I was rather negotiating with him to work on something for us. They didn’t even see to sign the contract.

“So that very night, as we got there, upon entering the event hall, I saw 16 people, I was like wow, I counted… so as I saw the 16 people including the promoter himself, I was like wow, this guy is not going to pay us,” he said.