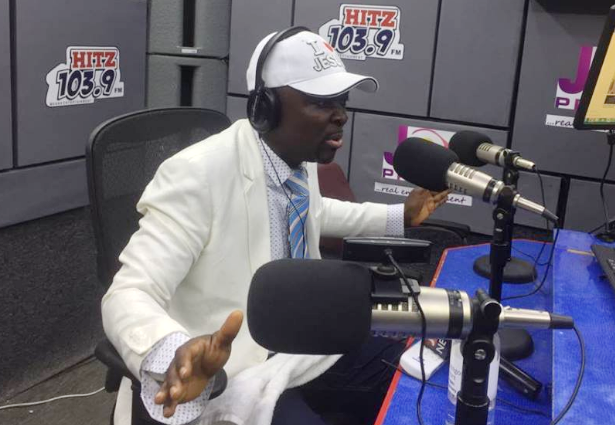 Highlife artiste turned evangelist, Papa Shee after accepting to do God’s work about a decade ago has come under many criticisms and has urged people not to pray for his downfall.

Well, Papa Shee has survived the fire and is celebrating the journey he took which saw him abandoning his career for the work of God. And his only wish now is to be backed by prayers so he can continue to stay faithful and on the right path.

However, in a chat with Showbiz, Papa Shee said although he was living a fulfilled life, some people were not happy with it and wished for his downfall.

“The devil is not happy with people like me who abandon our unrighteous lives and seek a better life with God.

"I’ve heard many discouraging comments but I want to tell such people not to seek my downfall. They should rather pray for me to be strong in the Lord because that is what I desire,” he stated.

Papa Shee, who came into the country in November last year to promote what he says is “Kingdom business” disclosed that it is difficult for people to accept his new life as an evangelist because they can’t forget his past.

“See, I had to abandon my riches and fame at the time to do God’s work after I rejected it for many years. It was a do or die affair because God had saved me from many situations that were to claim my life including a plane crash.

“I didn’t have a choice but to heed to the call and here I am with people doubting that truly I am a changed person.

"I want such people to know that I’m not fake and I’m not doing God’s work for money. If that were the case, I would have stuck to music since that brought me riches,” he said.

Interestingly, Papa Shee, who was criticized for his controversial lyrics said he doesn’t listen to secular music because they don't have anything to offer him.

According to him, he has not listened to secular songs in the last 10 years because they are not in line with his Christian beliefs.

“What’s my business listening to them? They don’t add any value to my life. My focus is set on God and the things of God. I won’t say they are evil but I have no link with them anymore,” he stated.

Papa Shee said although the journey had not been rosy and he had had to endure rejection, mockery, and persecution, that will not deter him from his mission.

Also known as ‘The Boy Wonder’, Papa Shee started dancing when he was six years old and gained recognition in his teenage years as a lead dancer for many famous Ghanaian artistes such as Daddy Lumba and the late Akwasi Ampofo Adjei.

Some of his popular songs are Mebo M'amanie Sen Nie, Deda Me, Atadwe, Koyon So and Ate Pa.