Screenshots : Ghanaian model runs away after arriving in Paris for an event 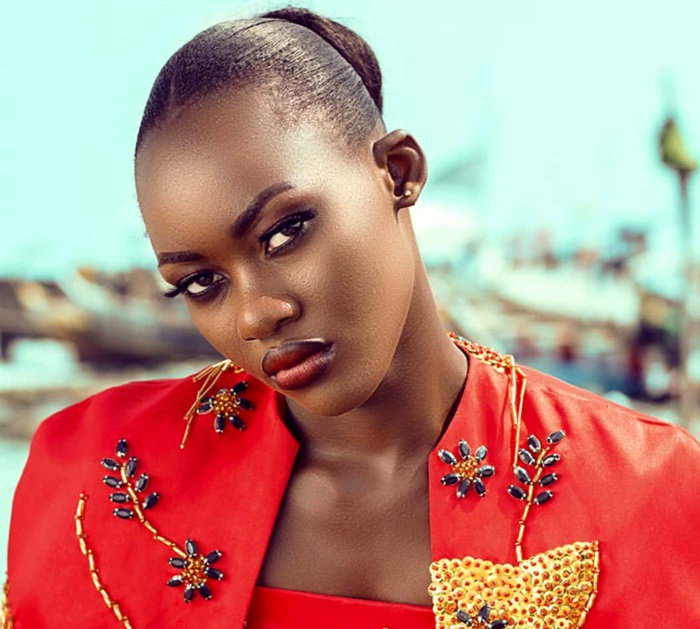 The 2018 winner of Ghanaâ€™s Next Super Model, Grace Ama Mensimah Amponsah went missing a day after arriving in Paris where she had been billed to feature at 4 major shows in Monaco at Cannes Film.Â

Grace Ama Mensimah Amponsah was also billed to have meetings with the worlds leading modeling agency Elite Models, in Paris.

According to reports, she had already done shows in Nigeria,Ghana and Amsterdam with world-class designers including Diana Pinto, Smocky world and Kingsley Ushie and has already been flown to Portugal and Amsterdam to participate in the International Fashion weeks and the current trip was to solidify her status with modelling agencies in all the major fashion capitals.

During the trip to Paris, her management claimed they stepped out of their rented apartment to buy drinks only to return to a locked door. Later when they broke into the apartment worried about the safety of Grace, they found she had disappeared along with her passport and other documents leaving behind her luggage. 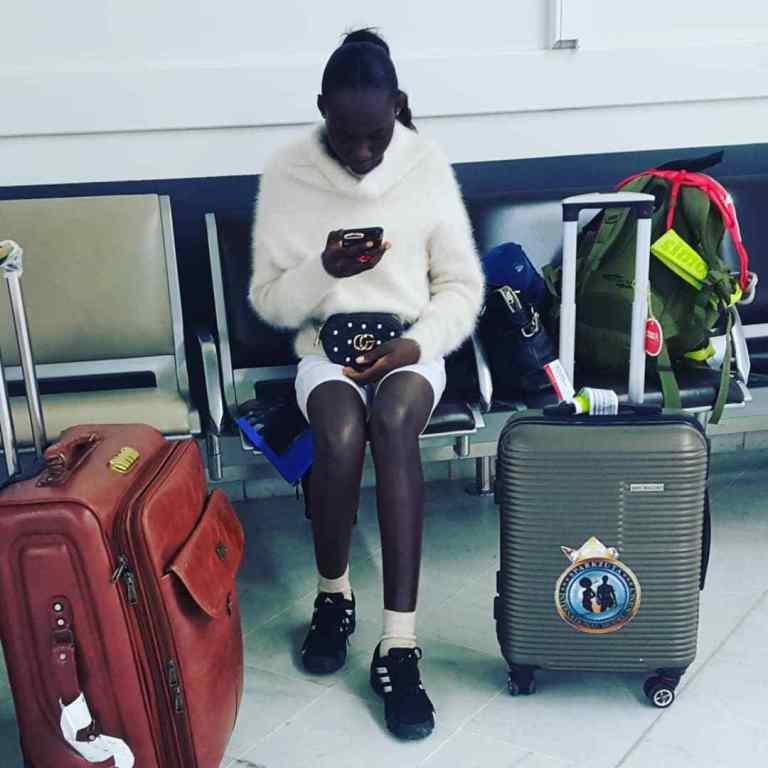 After Graceâ€™ disappearance, her management contacted the Paris police and they saw her on CCTV as she ran away. Further investigation discovered that the plot to vanish in Paris was a scheme conceived by her family and planned even before her departure from Ghana.

According to her management, the plan was assisted by Sarah Essien (her mother) who provided Grace the information on how to escape and link with family members already in France.

Below are WhatsApp conversations believed to be between Grace and her mum who convinced her to escape.Â 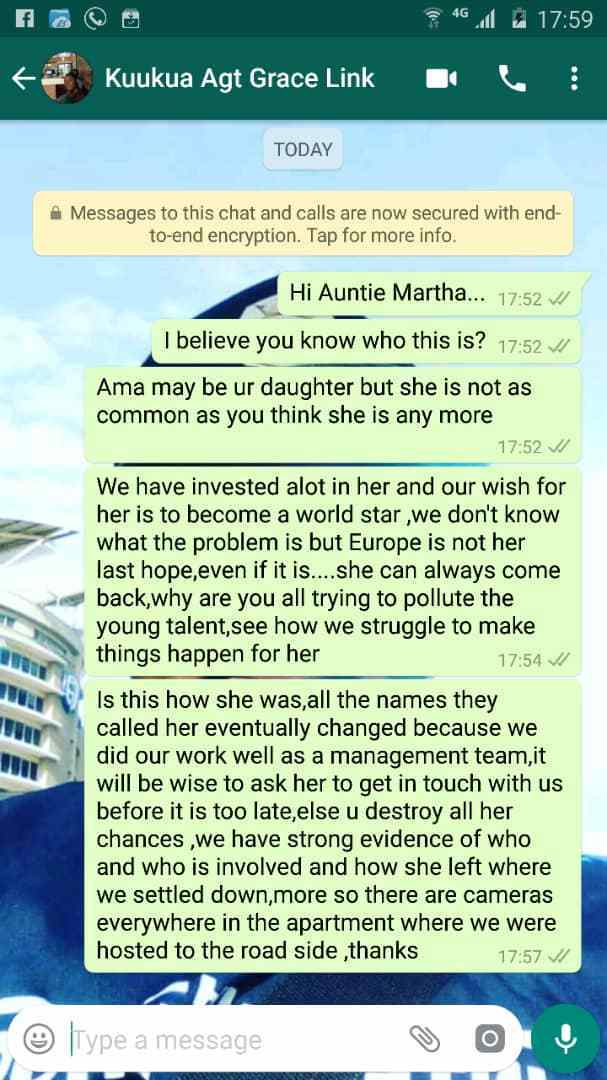 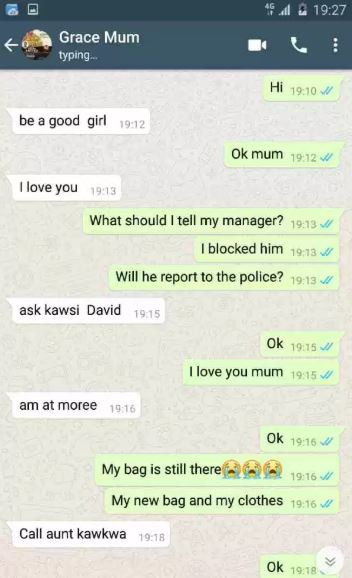 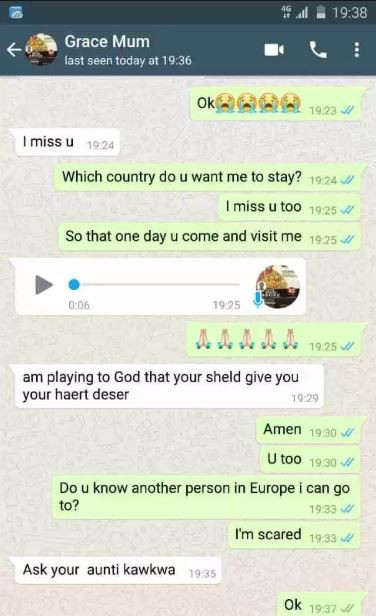 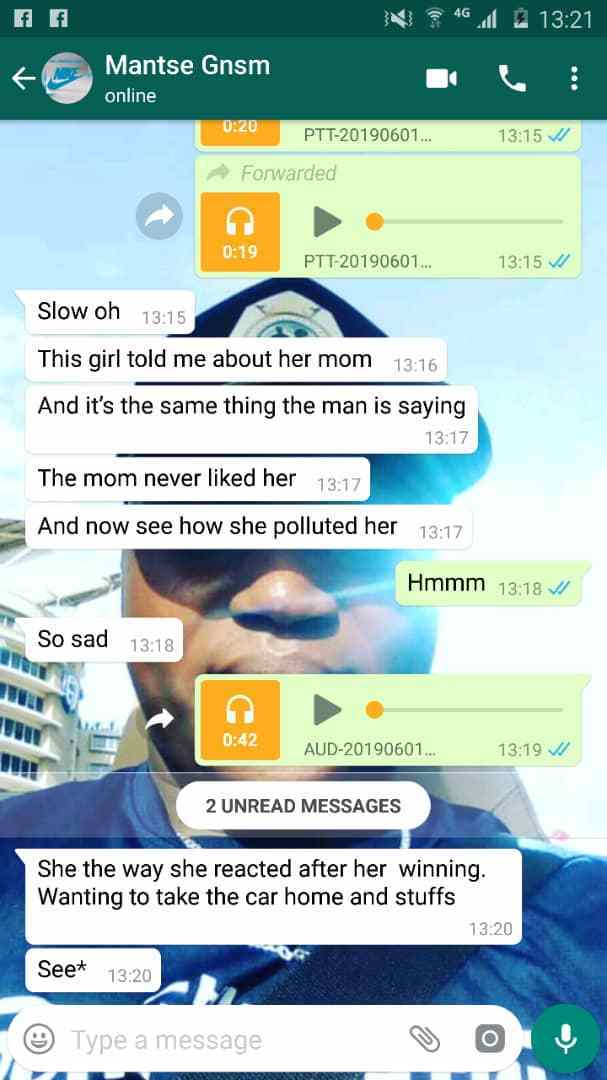