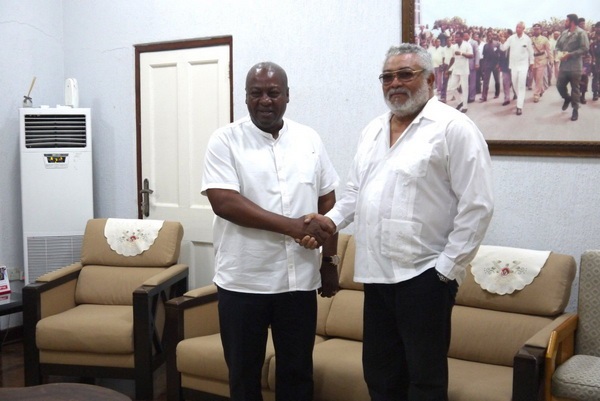 Rawlings is asking all factions to keep a cool head and that the comments from John Mahama should not elicit or provoke an edict sounding threat.

In a post on Twitter Tuesday morning, Mr. Rawlings stated: "The Asantehene has made us proud with a highly educative address to the UN on the subject of Peace."

"It is unwarranted and unnecessary. There's enough tension. Let's cool it and cool off," Mr. Rawlings tweeted. 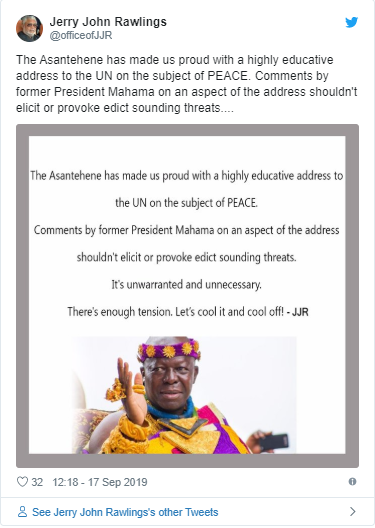 The Asantehene, Otumfuo Osei Tutu in a speech at the United Nations conference over the weekend made claims about his intervention in the 2016 General elections, persuading the losing candidate to accept defeat, a claim which has been vehemently denied by the NDC and the office of President Mahama.

READ ALSO:  Mahama was not persuaded by Manhyia to accept defeat in 2016 - Julius Debrah